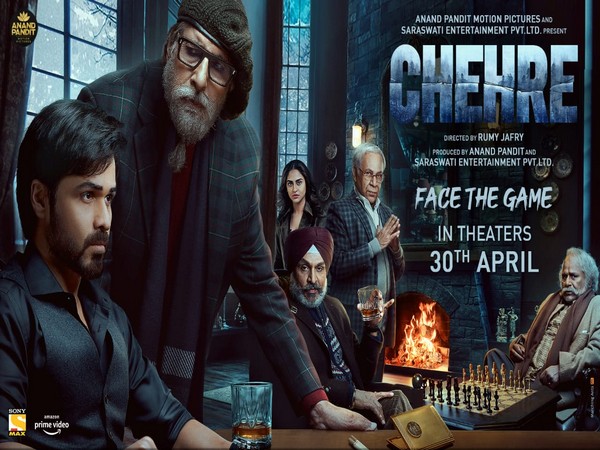 New Delhi [India], February 23 (ANI): Actors Amitabh Bachchan and Emraan Hashmi's upcoming outing 'Chehre' has got a new release date. The film will open in theatres on April 30, this year.
Earlier, the film was slated to release in July 2020. However, the release was stalled due to the novel coronavirus pandemic. Big B announced the release date of the film on Instagram and wrote, "#Chehre se bada koi naqaab nahi hota! Uncover the real #Chehre, much-awaited mystery-thriller, in theatres on 30th April 2021."
Along with sharing the new release date, Big B also treated the fans to a poster of the film. The poster features Amitabh and Emraan with serious expressions, attempting to solve a mystery. Around them actors, Krystle D'Souza, Annu Kapoor, Drithiman Chatterjee and Raghubir Yadav can also be seen. 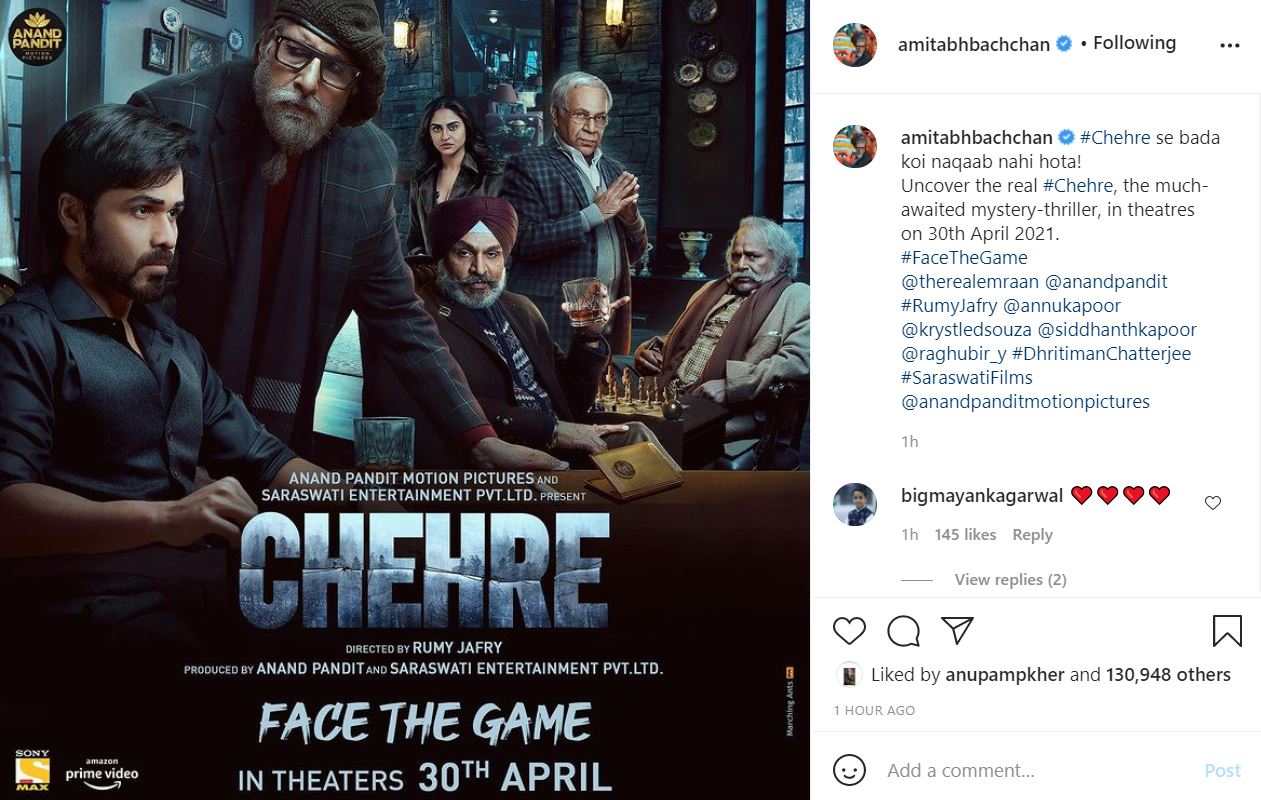 Emraan also shared the film's release date with the same message on Twitter.
The film also reportedly stars actor Rhea Chakraborty but she is not mentioned in the cast or featured on the poster. She had shared her first look from the upcoming movie in July 2019, a year before she was embroiled in the controversy surrounding her boyfriend, Sushant Singh Rajput's sudden demise. Rhea was arrested in connection with a drugs probe after Sushant's death last year but was later released on bail.
Directed by Rumi Jaffrey, 'Chehre' is a mystery-thriller and features Big B in the role of a lawyer in the film. The upcoming movie will bring Amitabh and Emraan on the big screen for the first time.
Apart from 'Chehre', Big B also has 'Jhund' and 'Brahmastra' slated for release. He is currently shooting for 'MayDay', which also features Rakul Preet Singh and Ajay Devgn.
Meanwhile, Emraan will be next seen in 'Mumbai Saga' co-starring John Abraham. The release date of the film was announced today. The film will hit the silver screens on March 19 this year. (ANI)