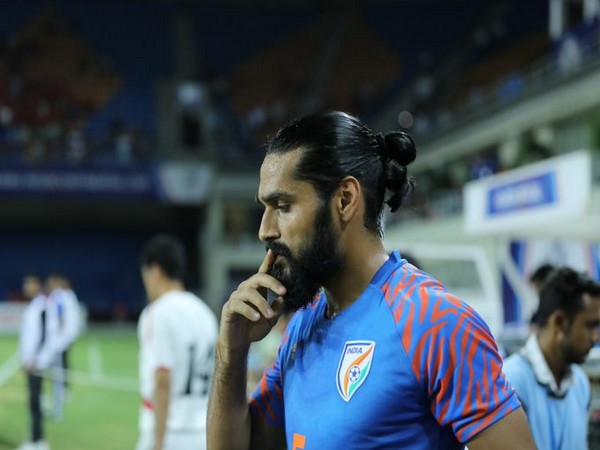 Zurich [Switzerland], May 20 (ANI): India's centre-back Sandesh Jhingan has said that many Asian kids want to play for European football clubs, but he always dreamt of representing the country.
He also said that he is filled whenever he goes out to represent the country.
"Other Asian kids want to play for Man United, Real Madrid, but as I kid I always dreamed of playing for India. I remember when I was 14, 15 watching the national team, and scrawling at school what formation we should play, and sharing ideas with my friends," the official website of FIFA quoted Jhingan as saying.
"I love my country so much. I have always had this pride. When I left the national team camp as a teenager in 2010, I promised myself I would never sing the national anthem until I made the national team," he added.
Jhingan had made his debut for India in 2015. He also featured prominently as India came within seconds of reaching the Asian Cup knockout stage for the first time since 1964, only to suffer injury-time heartbreak in their final group match.
Despite a strong draw away to continental champions Qatar, India's campaign to reach the third round of 2022 World Cup qualifying is now really difficult.
But 2023 Asian Cup qualifying remains firmly in sight.
"Last year's Asian Cup was a good learning experience. You have to do your best and if it doesn't go the way you wanted, you have to learn from it. Things have gone really well [in recent years]. We went four matches without conceding and we had a 13-match unbeaten run. We felt we could get the winner towards the end [against Qatar in World Cup qualifying], and that shows how much our mentality has improved as a national team," Jhingan said.
"We have to have that dream to be in the World Cup, and it is a dream I also have. It is something I want to achieve like crazy before I hang up my boots. If I don't achieve it as a player, I will do everything I can to help India qualify by coaching. But we have to understand we have to take steps towards it. The Asian Cup last year and all these things are stepping stones towards that bigger dream," he added.
Jhingan had also led India in the absence of skipper Sunil Chhetri. He was knocked down by a knee injury last September, but he managed to make a comeback into the side. (ANI)