Skip to content
Home  »  World   »   Has Malaysia’s AirAsia found the blueprint for airlines to survive COVID-19? 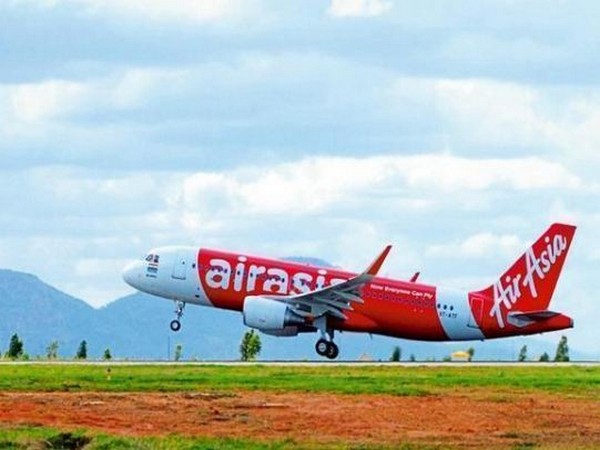 By Lee Kah Whye
Singapore, September 7 (ANI): Malaysia's AirAsia is hoping a "super app" they are developing during the Covid 19-enforced travel hiatus, will help it recover from the devastation to its business caused by the coronavirus. This was revealed by CEO and founder Tony Fernandes in an interview with the BBC published on August 31.
As sobering news continues to flow in from the global airline industry, has AirAsia found the elixir that will alleviate the cash flow problems faced by carriers all over the world?
When the pandemic struck and cross border travel barriers came up, it was almost certain that travel-related businesses -- hotels, airlines, airports, travel agents, tour operators, tourist destinations, travel booking websites -- were going to be among those most severely impacted.
Airlines all over the world have been losing revenue and shedding employees. They are facing a future where they expect to mount fewer flights because of reduced travel demand. Many airlines are projected to be smaller and leaner organisations than they were in pre-COVID times at least in the foreseeable future.
Last week, Virgin Atlantic said it is planning to cut another 1,150 jobs subject to union consultation. This is on top of the over 3,500 jobs already being phased out from the 10,000 employees it had at the start of the year. The carrier had earlier announced that it had obtained court approval from the UK and US for its 1.22 billion pounds (USD 1.62 billion) rescue package which it hopes will secure its future for another 18 months.
The package which had already been approved by creditors includes 600 million pounds (USD 797 million) of support from the airline's owners, Richard Branson's Virgin Group and Delta Air Lines, 450 million pounds of deferred payments to creditors and 170 million pounds of financing from US-based Davidson Kempner Capital Management.
In the Pacific, the future of another of Branson's ventures, Virgin Australia, became clearer last week as the USD 2.5 billion rescue package backed by Boston-based Bain Capital was finally agreed to by creditors. The deal will see the carrier end most of its long-haul international flights, cut 3,000 employees and adopt a value-based business model. In the package, unsecured creditors will be paid between 9 and 13 cents on the dollar for their claims.
News from Asia featured Bangalore-based AirAsia India reported that its losses widened to USD 45 million for the quarter ending June 2020 compared with a loss of USD 2 million for the same period last year. With air travel coming to a grinding halt during this reporting period, revenue fell 91 per cent. AirAsia owns 49 per cent of AirAsia India with joint venture partner Tata Sons the other shareholder.
In June, the International Air Transport Association (IATA) updated its earlier projection and revealed that the airline industry was losing around USD 230 million every day. Based on this, it said it expects that by the end of 2020, airlines from around the world will collectively lose USD 84.2 billion. Revenue would have fallen by some 50 per cent to USD 419 billion from USD 838 billion in 2019. In 2021, it said that it expects losses to be reduced to USD 15.8 billion with revenues rising to USD 598 billion.
As for the AirAsia Group, in the earlier mentioned interview with the BBC, Fernandes, said he hopes that the "super app" his team is building will rival those of the most popular apps in Southeast Asia from Grab, GoJek and WeChat. These super apps allow users to access a variety of services including food delivery, shopping, payments, entertainment, transport and travel.
They have been using the time during the travel slump to improve AirAsia's app as well as the company's payments platform BigPay.
As with other airlines, revenue has all but evaporated for AirAsia. Group revenue for the second quarter (ending June) fell 96 per cent to MYR 119 million (USD 28.6 million) from the same quarter in 2019 while airline revenue declined 98 per cent year on year. Among other measures, it had to let go of 30 per cent of its staff to help it survive.
"The downturn was a blessing in disguise in some ways as it allowed us to focus more on it. Running an airline takes up a lot of our time but we have been given the opportunity and time to focus on our digital business," Fernandes was quoted by the BBC as saying.
He said, "AirAsia has always been a digital company. We were one of the first airlines to sell online. It is in our bloodstream."
With a database of over 60 million customers, Asia's largest low-cost carrier already has a good starting point.
"I know a super app sounds like a lofty target but Grab and GoJek also started out small as food or mobility apps. Plus, people also questioned me the same way when I said I wanted to start AirAsia," Fernandes said.
Besides its "super app" ambition, AirAsia is also diversifying its business portfolio. Last year, the company launched its own record label called RedRecords in partnership with Universal Music. Fernandes was formerly a Warner Music executive before Time Warner merged with America Online.
The fledgling label said it wants to discover and promote stars from Southeast Asia who will appeal to a Western audience. (ANI)