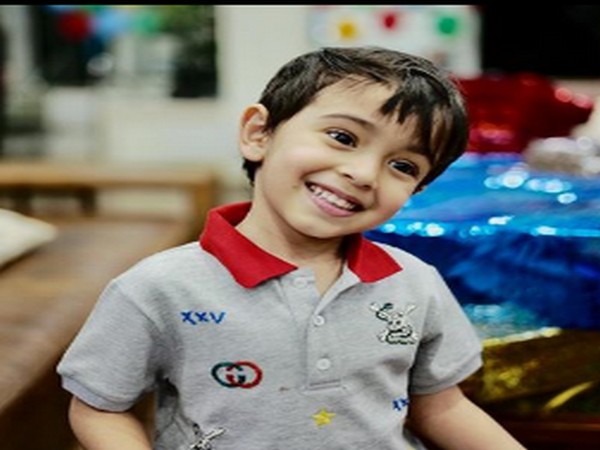 New Delhi [India], Mar 30 (ANI): Salman Khan's sister Arpita Khan and her husband, actor Aayush Sharma, on Monday celebrated the fourth birthday of their son Ahil Sharma.
Taking to Instagram, Aayush posted several pictures of the birthday boy right from his birth and penned down a heartfelt note.
"It's been 4 years since you've come into our lives and since then you've only made us smile and bring happiness into our lives. I haven't taught you a lot but you taught me the meaning of selfless love," he wrote in the caption.
"Thank you for making me a father Happy Birthday my little Avenger .. too many more priceless hugs and fictional stories @arpitakhansharma," he added.

The couple who got married in the year 2014 are parents to a four-year-old son Ahil and were blessed with their second child, baby girl Ayat, on December 27 last year which is also the birthday of Salman Khan.
Aayush who was last seen in 'Loveyatri' along with newcomer Warina Hussain, will next be seen in 'Kwatha' which is inspired by true events. He will be seen alongside Katrina Kaif's sister Isabelle Kaif. (ANI)