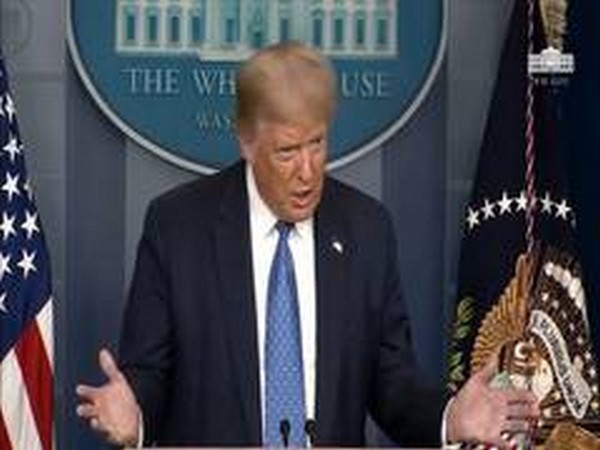 Washington D.C. [US], Aug 4 (ANI): US President Donald Trump on Monday signed a new Executive Order on aligning federal contracting and hiring practices with the "interest of American workers". It called for prohibiting American employers from using H-1B workers to displace Americans in outsourcing contracts.
"Today I'm signing an executive order to ensure that the federal government lives by a very simple rule: Hire American. We've been doing it at a level that hasn't been done maybe ever," President Trump said.
This ensures that US federal agencies will prioritise hiring Americans rather than signing on foreign workers majority of those who are on H-1B visas.
The US President stated he will be taking firm, disciplinary action against the leadership of the Tennessee Valley Authority, which has "sadly and cruelly" betrayed American workers.
"As we speak, we're finalizing H1-B regulations so that no American worker is replaced ever again. H1-Bs should be used for the top, highly paid talent to create American jobs, not as inexpensive labour program to destroy American jobs," he said.
The US President said formally removing the chairman of the board, James Thompson, and board member Richard Howorth. "If the TVA does not move swiftly to reverse their decision to rehire their workers, then more board members will be removed. We have the absolute right to remove board members," he said.
The Executive order signed by President Trump states that "the head of each agency that enters into contracts shall assess any negative impact of contractors' and subcontractors' temporary foreign labor hiring practices or offshoring practices on the economy and efficiency of Federal procurement and on the national security, and propose action, if necessary and as appropriate and consistent with applicable law, to improve the economy and efficiency of Federal procurement and protect the national security." (ANI)