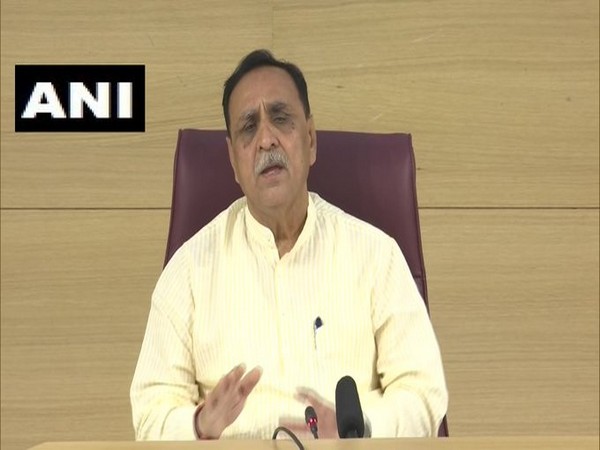 Gandhinagar (Gujarat) [India], Aug 6 (ANI): Gujarat Chief Minister Vijay Rupani has announced an ex gratia amount of Rs 4 lakhs each to the families of the eight victims who died in the fire at Shrey Hospital in Ahmedabad, said the Chief Minister's Office (CMO) on Thursday.
The CMO added that Rs 50,000 would be given to those injured in the incident.
Earlier today, Gujarat Chief Minister ordered a probe in the incident. "CM Vijay Rupani has ordered a probe in the incident of fire at Shrey Hospital in Ahmedabad. Sangeeta Singh, Additional Chief Secretary (Home Department) will be leading the probe. The CM has ordered for a report within 3 days," said the CMO.
An ex-gratia of Rs 2 lakh from the Prime Minister's National Relief Fund (PMNRF) was announced to the kin of those who died in the fire, said the Prime Minister's Office (PMO). In addition, Rs 50,000 each would be given to those injured in the incident.
On Thursday morning, a fire broke out at the Shrey Hospital of Ahmedabad reportedly due to a short circuit in the ICU on the fourth floor of the hospital.
In the incident, eight people lost their lives, including five men and three women. One paramedic also received burn injuries. An inquiry into the matter is underway. (ANI)