Skip to content
Home  »  National • Politics   »   Gross injustice being meted out to backward classes in Telangana by TRS: Congress 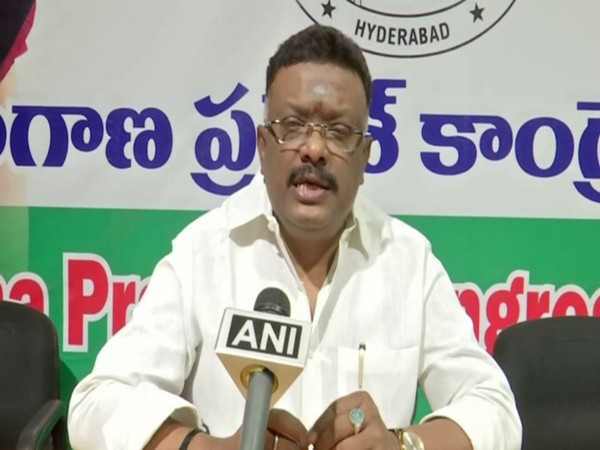 Hyderabad (Telangana) [India], October 13 (ANI): The Congress party slammed the ruling Telangana Rashtra Samiti (TRS)-led state government for "causing injustice to the backward classes" by not providing proper reservations in the forthcoming Greater Hyderabad Municipal Corporation (GHMC) elections.
"The TRS government under the leadership of K Chandrashekhar Rao has done a great injustice to the Backward Classes, who fought for the Telangana state and have sacrificed their lives in the process. The Telangana government is doing a huge injustice in terms of not being able to provide proper reservation to these classes in the Panchayat Raj elections and is trying to do the same in the forthcoming GHMC elections," Congress leader D Sharavan told ANI here on Monday.
"So, the Telangana Congress is cautioning the Chief Minister to not to indulge in such activities resulting in massive injustice to the Backward classes," he added.
The Congress leader said that as per the High Court's directions, caste census must be conducted for the benefit of the Backward Classes, stating that more than 100 sub-castes out of under 113 which fall in the category have not seen any political empowerment and political representation opportunities over the years.
He demanded the census to be conducted by the BC Service Co-operative Finance Corporation.
Sharavan further said that the acts and amendments proposed by the TRS government should be put in the public knowledge ahead of the Special Assembly session called by the state government.
"If the TRS government has any faith in participatory democracy then why is it not consulting the people before making any amendments or introducing any acts. The acts and the amendments must be put in the public domain in advance," he said. (ANI)