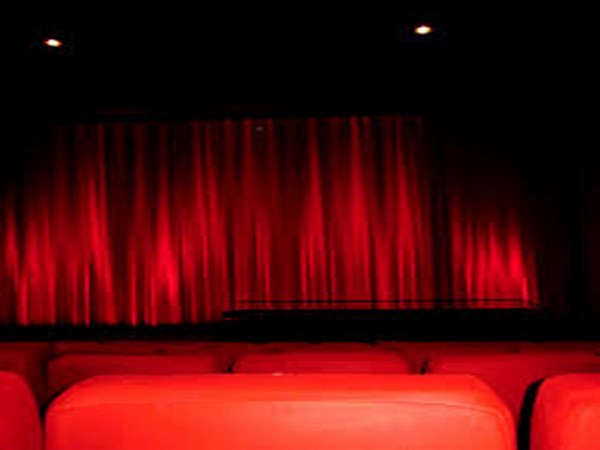 New Delhi [India], August 14 (ANI): On the occasion of 74th Independence Day of the country, the government has organised a virtual film festival showcasing all the patriotic films by the Hindi film industry over the years.
An announcement about the Patriotic Film Festival of India was made by the Press Information Bureau on Twitter via the National Film Development Corporation of India, which had shared a video message by Oscar-winning musician AR Rahman.
"On the occasion of India's 74th Independence Day, I am happy to learn about the patriotic film festival of India being organised by the government. I encourage everyone to watch it with their families on www.cinemasofindia.com till August 21st 2020," he said. 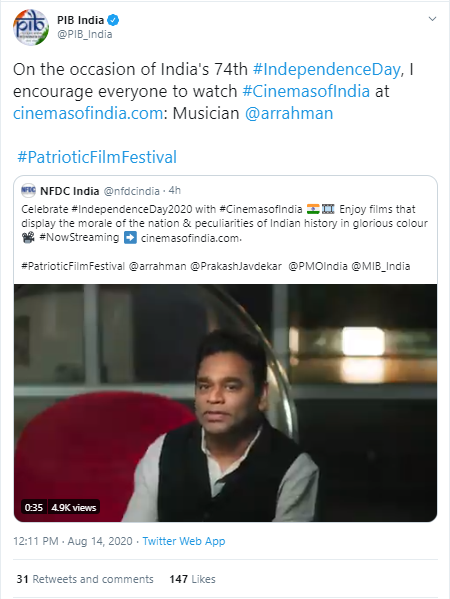 In the video message, Rahman is also seen talking about the superhit drama 'Roja', which is based on the life of a girl and her struggle when her husband gets kidnapped by terrorists of Kashmir valley during an undercover operation.
"What you gonna watch is one of the most important things that happened in my life - the movie Roja - this movie is the first stepping stone for my career," he said.
"Mr Mani Ratnam came to me for music and I scored the music and I won a lot of awards. More than anything I won your love. Thank you so much," he added.
The film festival, which is live on the official website of Cinemas of India will continue till August 21.
Besides patriotic films, the festival will also showcase films that glorify the peculiarities of Indian history. (ANI)