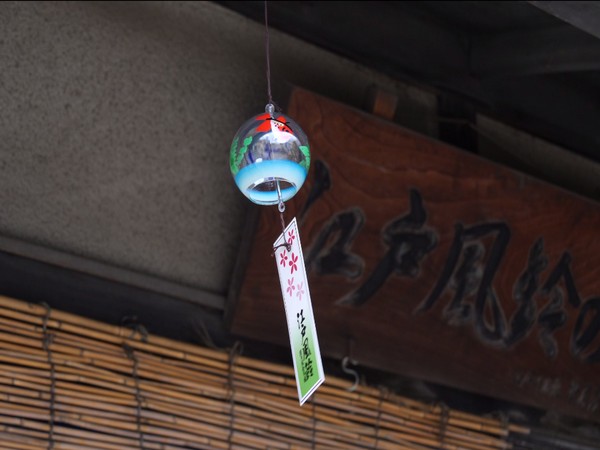 Tokyo [Japan], May 16 (ANI): As summer approaches, glass craftsmen in Japan become busy making wind bells or wind chimes, also called 'Furin' in the local language, which has huge popularity among the tourists.
People hang them on the window of their home as per tradition that is being followed for the last 500 years.
These wind bells have dozens of types and names that vary depending on their shape and sound and recently they have become a popular Japanese traditional gift among the tourists.
"Furin is a wind chime, which is commonly associated with Japanese Summer. When the wind blows the bell makes a sound, and in summer this sound brings a refreshed feeling," a furin-maker said.
Each bell makes a unique sound.
Earlier, there were street vendors who sold furin bells on their carts, but now they are being sold in department stores and local gift shops.
Each region in Japan has its own traditional designs and accordingly the names of the bell are kept.
"We use a brush to paint the inner side of the glass. During summer many flowers blossom so we use similar colours and designs," a painter of those glass bells said.
There are few workshops that still make furin bells. This factory is trying to preserve this craft by inviting people from all over Japan as well as school kids.
The craftsman explains to them the history of furin bells so that they can appreciate its importance as a key component of Japan's culture.
"The bell colouring has to be done from the inside and I thought it would be easy but I now realized it's more difficult than it looked," a student said.
"The sound of furin is very beautiful and I wanted to learn the process of its making. In my furin, I painted dragonfly and flower that gives a feeling of summer," he added.
During the hot summer, the sound of furin produced with the breeze is truly refreshing. (ANI)