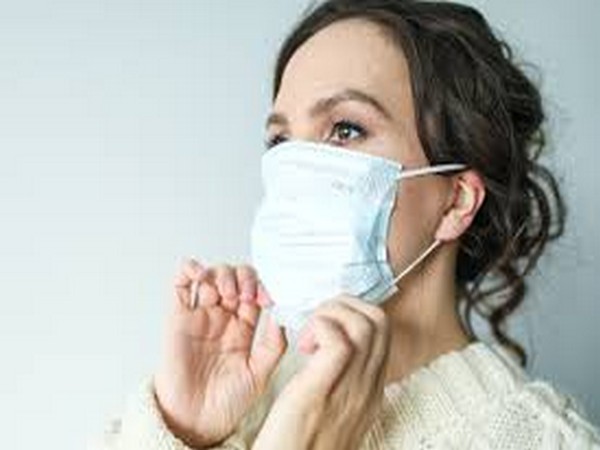 Washington DC [USA], May 20 (ANI): The desperate need of protective equipment to keep away from coronavirus, especially medical masks, has disrupted the supply chain, from factories to hospitals and riddled international markets with fraud and chaos, with opportunists benefitting from the rampant price gouging and dozens of lawsuits filed against major manufacturers and state attorney generals.
While profiteers are grabbing the opportunity to make their fortunes, medical workers across the US are rationing masks, recycling them and treating infected patients without them, The Washington Post reported.
"You have buyers with no money and sellers with no product," says Alexis Wong, a Hong Kong-based trader who has been exporting medical masks since the early days of the COVID-19 crisis.
The federal government has taken steps to address the shortages, but emergency management experts say the efforts were distressingly inadequate.
The Donald Trump administration ignored early warnings that it needed to increase its stockpile of masks and other personal protective equipment, as it has fallen behind several other Western nations in the race to secure them.
Current and former government officials were quoted as saying by the Post during interviews that the most powerful country in the world should not have suffered from shortages of a basic and low-tech product.
"The lack of preparation and coordination has been appalling," said Stephen S Morse, an epidemiologist at Columbia University who has advised Republican and Democratic administrations on planning for a pandemic.
"In past disasters, the federal government, with its enormous buying power, took the lead in procurement," he said.
"This time, federal inaction forced states into competing with each other for these scarce products," Morse told the Post.
In comparison, Canada moved more quickly to manage the crisis. Prime Minister Justin Trudeau focused on the logistics of shipping and manufacturing. He assigned a team to develop a plan to expand domestic manufacturing of masks and immediately obtained supplies from the world's largest producer of PPE -- China.
The US government's efforts to procure masks hit another setback last week when the Food and Drug Administration (FDA) partly reversed course on an initiative designed to increase availability.
Since April 3, it had been allowing a class of Chinese-made masks to be imported for hospital use, despite not meeting previous US regulatory standards. Last week, the FDA sharply cut the number of Chinese manufacturers cleared for import after finding that some masks did not provide the promised protection.
The reversal has sown confusion among the Chinese manufacturers on which the US depends for key supplies.
As the virus spread through parts of China in January, Wong searched fruitlessly in Hong Kong for masks for her young children and that is when she saw a potential business opportunity.
She told the Post that she has never faced a more dicey business than dealing in masks during a pandemic.
"Imagine what it is like to navigate this sea of sleaze to get people the masks they need," she said.
Of all the potential mask buyers and sellers with whom she has come in contact, Wong estimates that less than 20 per cent are real. Escrow provides some sanity -- the buyer's money goes into an account controlled by an independent agent and is only released when the transaction is confirmed.
But before that happens, Wong said she has to identify what is real and what isn't. She regularly sees sophisticated forgery of financial documents and even videos of fake caches of masks. She provided examples to The Post that reflected forged financial statements from banks including Chase and PNC with balances ranging from hundreds of millions of dollars to USD 3 billion.
Federal investigators have already charged a mask seller in the US for wire fraud. On April 10 in Atlanta, federal authorities arrested and charged Christopher Parris, a 39-year-old businessman, after he offered to sell 125 million N95 masks to the Department of Veterans Affairs.
An affidavit filed by a federal special agent in the case states the businessman's credentials were suspected and the masks, as it turned out, did not exist, the newspaper reported. (ANI)