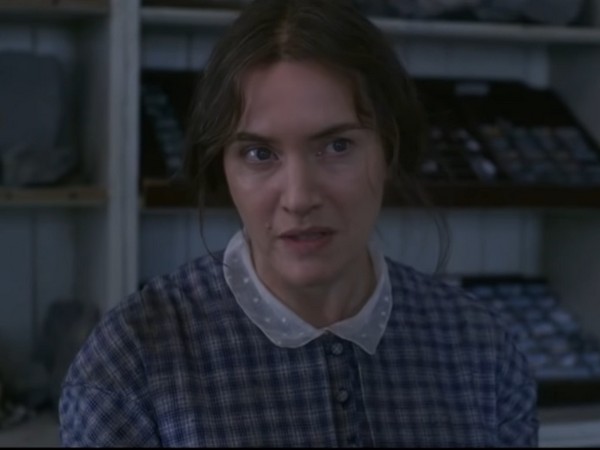 Washington [US], September 11 (ANI): Francis Lee's upcoming romantic drama 'Ammonite' starring Kate Winslet and Saoirse Ronan is one of the most anticipated titles in the 2020 Toronto International Film Festival.
Ahead of its world premiere at the festival, the British director in an exclusive interview with The Hollywood Reporter shared his experience of working with the Oscar-winning actor, Winslet, whom he dubbed as "the funniest person alive" and adding, "she's like the person you want to hang out with."
Talking about his reaction when the 'Titanic' star signed on for the flick, the director said: "I was really thrilled because she was my first choice. But I was a little bit nervous because, with 'God's Own Country', I worked with young actors who were at the beginning of their careers, and I'd never worked with anybody who had that body of experience."
During the interview, the 51-year-old director noted the perfection with which Winslet perform and also the dedication she takes to get into the skin of the character, cited The Hollywood Reporter.
"This was an actor with no vanity who just wants to get it right and wants to inhabit this character, wants to be this person without any worry about what she looks like," he said while he explained a particular shot in the film, for which Winslet denied of having any stunt doubles and stressed that she would do the action by herself.
The director also mentioned that Winslet and her co-star in the movie Saoirse Ronan shared a "wonderful bond".
"I think that they both learned from each other and supported each other. It was just everything you could want from two wonderful actors," he said to the publication.
On August 25, the makers of the movie dropped its official trailer, and the video boasted a budding romantic relationship between the characters, played by Winslet and Ronan.
The two-minute and 36-seconds long trailer shows the relationship shared by the two women, first that of indifference due to their different social classes, and personalities but later to a passionate, romantic bond. (ANI)