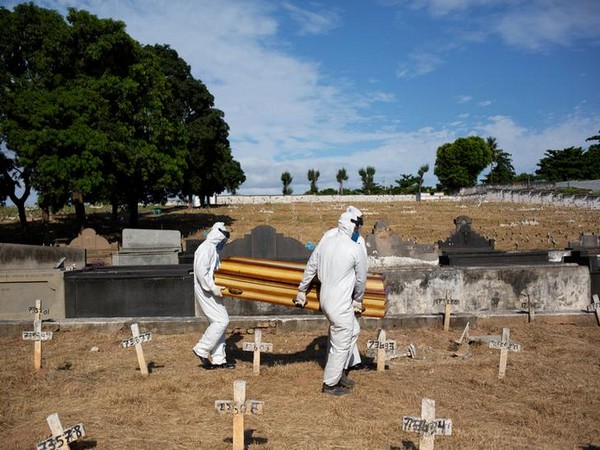 Paris [France], Apr 3 (Sputnik/ANI): As many as 471 people have died in French hospitals from the coronavirus over the past 24 hours, bringing the toll to 4,503, Jerome Salomon, the head of the national public health service (DGS), said on Thursday.
"Since March 1, 4,503 deaths have been registered in French hospitals. People who are older than 70 accounts for 83 per cent of the fatalities. So, 471 deaths have been registered over the past 24 hours," Salomon said.
He added that 884 persons had died in French society, and medical and social institutions since March 1, noting that this figure was yet to be confirmed.
According to the DGS head, the number of confirmed COVID-19 cases has climbed to 59,105 from yesterday's 56,989.(Sputnik/ANI)