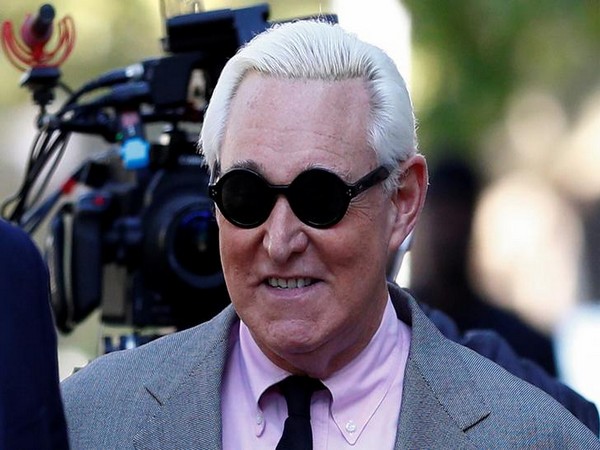 Washington D.C. [US], Feb 12 (ANI): The four federal prosecutors withdrew from Roger Stone's case on Tuesday (local time) after the top Justice Department officials "disavowed and undercut" them by reducing the government's sentence against long time associate of President Donald Trump, reported CNN.
President Trump had earlier in a tweet criticised the recommended sentencing of up to nine years terming it "miscarriage of justice".
"This is a horrible and very unfair situation. The real crimes were on the other side, as nothing happens to them. Cannot allow this miscarriage of justice!" Trump had tweeted.
On Tuesday, federal prosecutors asked for Stone to be sentenced for "far less" than what the department had asked for earlier.
"While it remains the position of the United States that a sentence of incarceration is warranted here, the government respectfully submits that the range of 87 to 108 months presented as the applicable advisory Guidelines range would not be appropriate or serve the interests of justice in this case," the prosecutors wrote, according to CNN.
Stone was found guilty of 7 charges last year, including witness tampering, lying to Congress and obstructing a US House investigation.
CNN quoted a senior justice department official as saying that original sentencing recommendation, transmitted to a judge and signed off on by the office's top prosecutor, had not been communicated to leadership at the Justice Department and that the decision to make the change was directed by the leadership of the Justice Department.
Soon after the revised recommendation was made, the four prosecutors -- Aaron S.J. Zelinsky, Jonathan Kravis, Adam Jed and Mike Marando, filed a motion to withdraw from the case. (ANI)