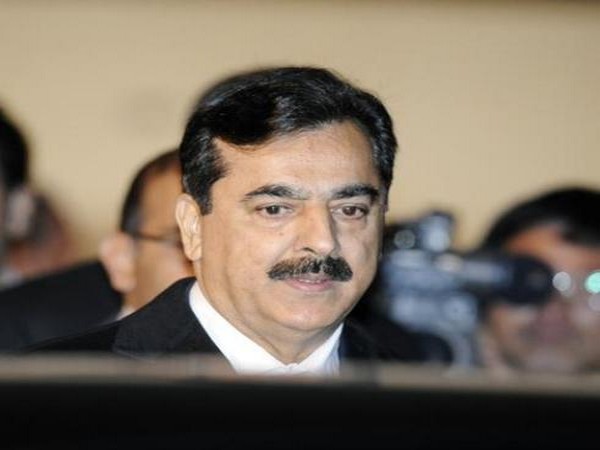 Islamabad [Pakistan], June 13 (ANI): Former Pakistan Prime Minister Yousuf Raza Gillani has tested positive for coronavirus, which has infected over one lakh people in the country so far.
According to Dawn, former Prime Minister's son Kasim Gilani, in a tweet, said that his father's COVID-19 test came positive. Kasim Gilani also blamed Pakistan Prime Minister Imran Khan and the National Accountability Bureau (NAB) for his father's infection.
"Thank you Imran Khan's government and National Accountability Bureau! You have successfully put my father's life in danger," Kasim Gilani was quoted as saying in a tweet.
As per the latest available data, the number of coronavirus cases in Pakistan surged to 1,34,667 while the fatalities rose to 2,574.
According to the Dawn, Yousuf Raza Gillani appeared in NAB hearing on Thursday in connection with a corruption case. The former Prime Minister requested the judge that he may be given a permanent exemption from personal attendance in court in view of several lawmakers testing positive for the deadly virus.
Several prominent politicians in Pakistan have tested positive for coronavirus in recent weeks. (ANI)