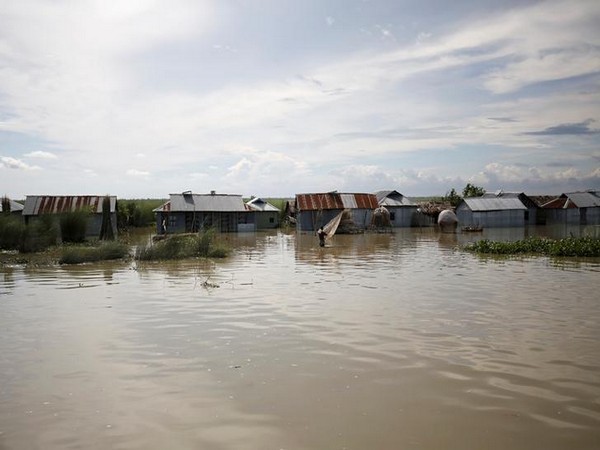 Dhaka [Bangladesh], Aug 31 (ANI/Xinhua): A total of 251 people have been killed in floods caused by heavy seasonal rains and onrush of water in parts of Bangladesh, said a government report.
According to the daily flood report of the country's Health Emergency Operation Centre and Control Room under the Directorate General of Health Services (DGHS) on Sunday, three waves of devastating floods since June 30 have claimed the lives in 33 Bangladeshi districts.
Most victims were drowned but some died due to snake bites and lightning in the flood-hit areas, said the authorities.
Sarder Udoy Raihan, Bangladesh Water Development Board (BWDB) executive engineer, said the country's overall flood situation had improved in most of the districts with water levels in many rivers receding. Floodwaters have continued to recede, improving the situation considerably, he added.
Since June, official data showed that the floods triggered by heavy seasonal rains and onrush of water from hills have left a trail of death, misery and destruction.
The daily disaster situation report prepared by the country's National Disaster Response Coordination Centre (NDRCC) under the Ministry of Disaster Management and Relief said over five million people had been affected by the floods while thousands of families were forced to flee their homes.
Also, the loss of crops due to floods in Bangladesh has been put at 13.23 billion taka (about 156.4 million US dollars).
Millions of people in Bangladesh, crisscrossed by hundreds of rivers, suffer from flooding as the low-lying country experiences seasonal floods every year during the June-September monsoon when rivers that feed into the Bay of Bengal burst their banks. (ANI/Xinhua)