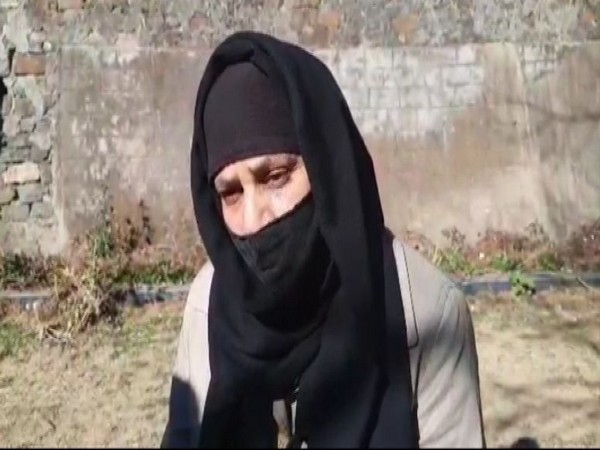 Shimla (Himachal Pradesh) [India], January 17 (ANI): The first case under the Muslim Women (Protection of Rights on Marriage) Act, 2019, which criminalises Triple Talaq, was registered in Himachal Pradesh's capital city Shimla on Saturday.
A 49-year-old woman was divorced by her husband through Triple Talaq on January 12 after 24 years of her marriage.
The victim Shagufta Khan, has filed a First Information Report (FIR) with the police.
According to the victim, the incident took place when she returned from Delhi to her residence in Shimla's Bharari on January 12. She alleges that her husband Ayub Khan divorced her through triple talaq at the doorstep of their residence and handed over a copy of the 'talaqnama' along with meher (money given by the husband to wife at the time of divorce).
The woman's husband after divorcing her kicked her out from his house and re-married another woman. With no place to go, the victim had to take refuge in a mosque.
The victim said that her husband is an advocate in the high court and has been harassing her for a long time.
The woman demands stringent action against her husband as well as shelter for herself.
"All my children are taking his side because they are afraid of him. I am left with nothing. So, it's obvious that they will support their father. Nobody came in my support. He took everything away from me", said Shagufta.
The woman accused her husband of beating her twice and depriving her of medicines knowing that she was a diabetic. She further alleged that her in-laws gave her wrong medicines which left her in depression.
The police have registered a case under the Muslim Women (Protection of Rights on Marriage) Act, 2019. Additional Superintendent of Police, Shimla, Praveer Thakur said that this is the first Triple Talaq case registered under the above-said law in Himachal Pradesh.
"A woman came to file a complaint at the Lakkar Bazaar Police Station under Sadar Police station limits against her husband saying that he has divorced her through Triple Talaq, gave an amount of Rs 20,000 as meher and kicked her out of his house. We have registered an FIR based on the woman's complaint."
The accused has taken interim bail. An investigation has been ordered into the case. (ANI)