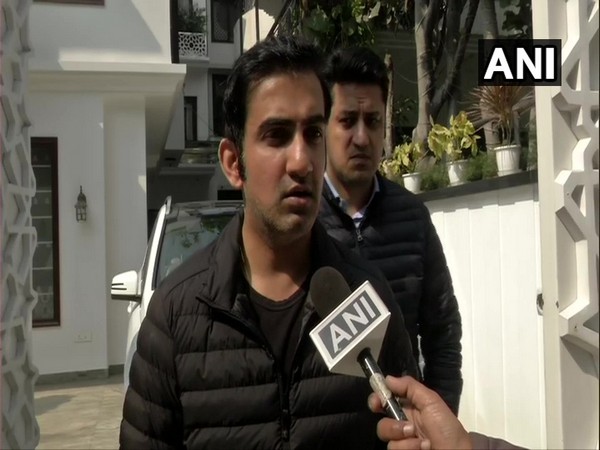 New Delhi [India], Mar 20 (ANI): After the four death row convicts in the Nirbhaya case were hanged in Tihar jail on Friday morning, BJP MP and former cricketer Gautam Gambhir said it was "late", but it finally happened.
Taking to Twitter he wrote, "Hanged till death! Finally! I know we are late Nirbhaya. #NirbhayaJustice"

The four convicts in the 2012 Nirbhaya gang-rape and murder case were hanged to death at 5:30 a.m. in Delhi's Tihar jail on Friday.
The hanging was carried out as per schedule after a three-judge Supreme Court bench rejected the final plea by the convicts' lawyer AP Singh to stay their execution in a late-night hearing.
The four convicts, along with two others including Ram Singh and a juvenile, had raped and brutally tortured a 23-year-old paramedic student on a moving bus in south Delhi on the night of December 16, 2012. The victim died a few days later after battling for life at Delhi's Safdarjung Hospital and later at a Singapore hospital.
The case had created an uproar across the country, especially in Delhi where a large number of people came out on the streets, demanding justice for the victim, who was renamed as 'Nirbhaya' or the fearless. (ANI)