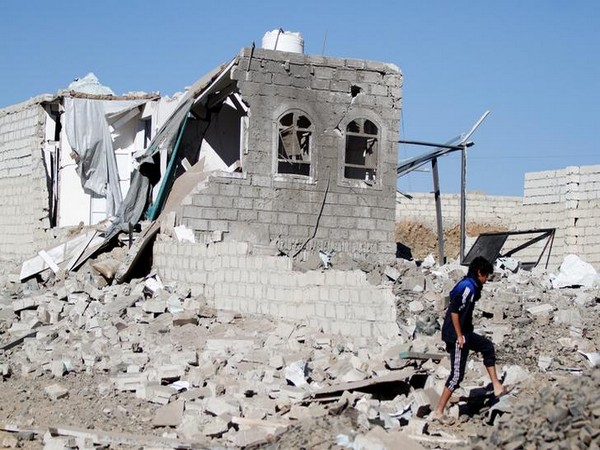 Aden [Yemen], September 7 (ANI/Xinhua): Fighting heavily intensified between Yemen's government forces and the Houthi group in the country's northeastern province of al-Jawf during the past 24 hours, leaving 28 killed, a military official told Xinhua.
The local military official said on condition of anonymity that "armed confrontations that began on late Sunday are still taking place between the government troops and the Houthi group over the control of key areas in al-Jawf province."
The ongoing fighting left nearly 18 Houthis and 10 members of the government forces killed with scores of injuries among both factions, the source said.
He indicated that the government forces were determined to expel the Houthis out from strategic areas in al-Jawf, but fighting expanded further in the province.
"The Houthis staged a stiff resistance and succeeded in impeding the progress of the government forces in al-Jawf til the moment," the source added.
Another local Yemeni military official confirmed that the Iran-backed Houthis made progress on-ground and captured areas in the neighbouring oil-rich province of Marib.
Warplanes of the Saudi Arabia-led coalition intervened and carried out a series of airstrikes against the Houthi-led areas in al-Jawf and Marib provinces, according to the local Yemeni sources.
The Iran-allied Houthis control much of al-Jawf and government forces backed by the Saudi-led coalition are attempting to expel the rebels out of the province.
Yemen has been mired in civil war since late 2014 when the Houthi group seized control of much of the country's north and forced the Saudi-backed government of President Abd-Rabbuh Mansour Hadi out of the capital Sanaa.
The Saudi-led military coalition intervened in the Yemeni conflict in March 2015 to support Hadi's government. (ANI/Xinhua)