Skip to content
Home  »  Sports   »   Felt it was plumb, realised mistake once I reached boundary fence: Dhawan to Yuvraj 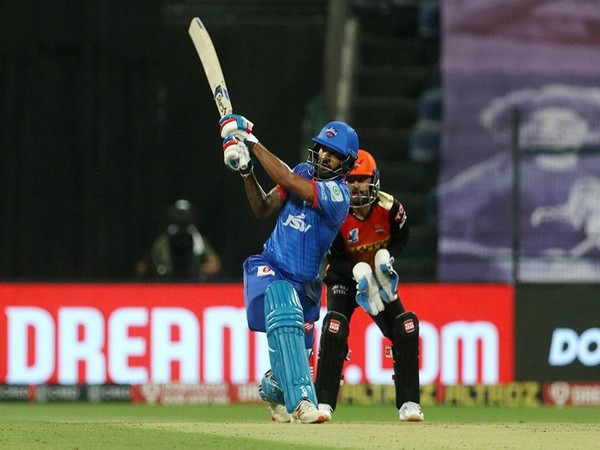 Dubai [UAE], November 9 (ANI): Delhi Capitals' opening batsman Shikhar Dhawan on Monday said that he thought he was caught plumb in front of the wicket off the delivery of Sandeep Sharma against SunRisers Hyderabad (SRH) in Qualifier 2 of the Indian Premier League (IPL) but he realised that he should have opted for a review once he reached the boundary fence.
Dhawan had played a knock of 78 runs against SRH in Qualifier 2 of the IPL to allow Delhi Capitals (DC) to post a total of 189/3 in the allotted twenty overs.
In the 19th over of the innings, Dhawan was sent back to the pavilion by Sandeep. The ball was a high full toss, Dhawan tried to reverse paddle but he ended up missing the ball. The replays showed that the impact was outside off stump and the umpire had given a wrong decision.
However, Dhawan had not opted for a review and he decided to walk off the field.
Once the innings of Delhi ended, former India batsman Yuvraj Singh had joked that it looked like Dhawan forgot about taking the review.
"Great come back by bowlers in the last 2 overs! Not even A single boundary scored hats off Natarajan and @sandeep25a pressure game execution to the point! @SDhawan25 man in form but naam to jatt ji hai Zany face how bout Drs bro? as usual must have forgotten Face with tears of joy game on #DCvSRH," Yuvraj tweeted.
To this, Dhawan replied: "Hahahah pajhi mainu lag gya plumb hai tah muuh chuk chal paya jadh boundary tey pahuncha tadh pata lag gya."
Kagiso Rabada took four wickets while Marcus Stoinis scalped three wickets as DC defended a total of 189 runs to progress to the finals of the IPL. The side will now take on Mumbai Indians in the finals on Tuesday, November 10 at the Dubai International Stadium.
This is the first time that Delhi has progressed to the finals of the IPL. DC defeated SRH by 17 runs.
Earlier, Dhawan and Shimron Hetmyer played knocks of 78 and 42 respectively as DC posted a total of 189/3 in the allotted twenty overs. (ANI)