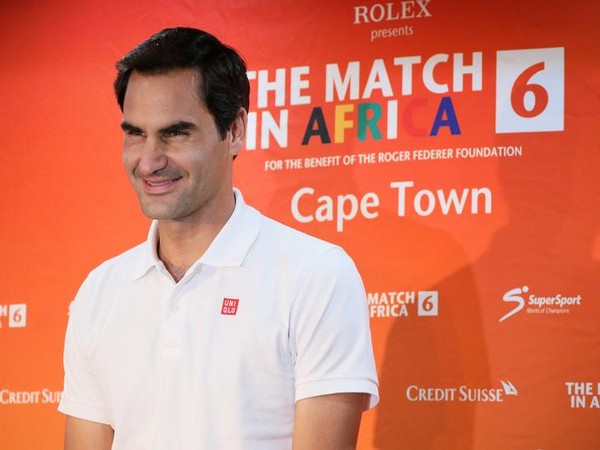 New Delhi [India], Feb 20 (ANI): Swiss tennis maestro Roger Federer will miss the upcoming tournaments after undergoing arthroscopic surgery on his right knee.
Federer made a public statement on Twitter and revealed that he will be missing the Dubai Open, Indian Wells tournament and the French Open.
"My right knee has been bothering me for a little while, I hoped it would go away, but after an examination and discussion with my team, I decided to have arthroscopic surgery in Switzerland yesterday," Federer wrote on Twitter.
"After the procedure, doctors confirmed that it was the right thing to have done and very confident of full recovery. As a result, I will, unfortunately, miss Dubai, Indian Wells, Bogota, Miami, and French Open. I am grateful for everyone's support. I cannot wait to be back playing again soon, see you on the grass," he added. 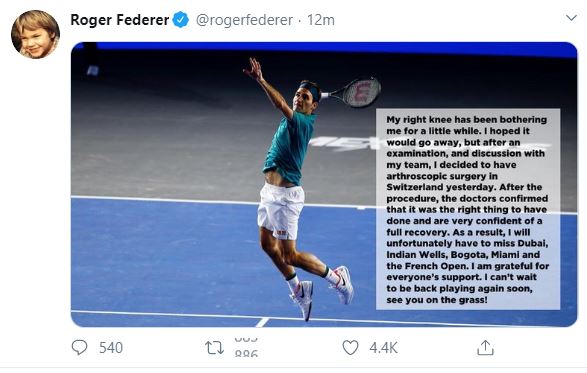