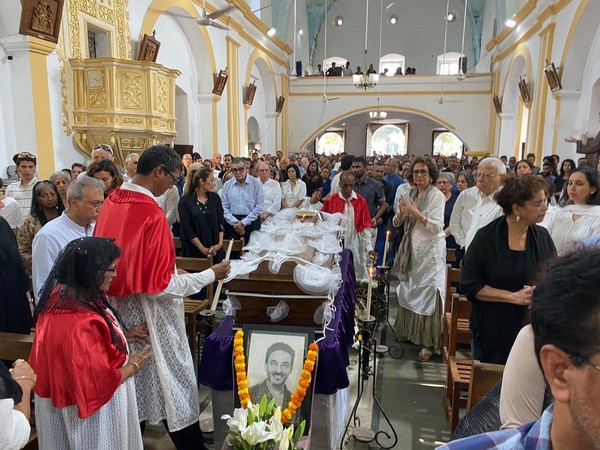 Panaji [Goa], Feb 13 (ANI): Family and friends of celebrated fashion designer Wendell Rodricks, who died a day before at the age of 59 in Goa attended his funeral at his ancestral village of Colvale in North Goa on Thursday.
Hundreds of people gathered at to bid farewell to the Goa-based designer who had dressed Bollywood stars and supermodels like Mehr Jesia, Lisa Ray and Malaika Arora among others.

Mortal remains of the Padma Shri winner were brought to the St Francis of Assisi Church in Colvale.
Those who were seen attending the ceremony were singer Remo Fernandes among others.
Rodricks who is credited with bringing resort wear into the limelight had also done much towards reviving heritage clothes of Goa such as the kunbi saree worn by the Kunbi tribals of Goa.
The designer had a cameo role in the 2003 Kaizad Gustad film 'Boom', featuring Amitabh Bachchan, and Jackie Shroff and which also marked Katrina Kaif's Bollywood debut. He played himself in Madhur Bhandarkar's 'Fashion' starring Priyanka Chopra in 2008. (ANI)