Skip to content
Home  »  Sports   »   Falling out of love with football because of VAR, says Milner 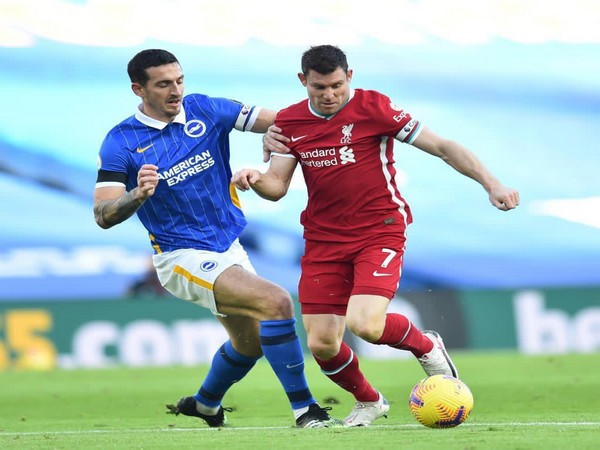 Liverpool [UK], November 29 (ANI): Liverpool vice-captain James Milner has said that he is falling out of love because of the Video Assistant Referee (VAR) technology.
He has also called for a serious discussion about the use of VAR in the Premier League.
"It is clear and obvious we need a serious discussion about VAR. Sure I am not alone in feeling like they are falling out of love with the game in its current state," Milner tweeted.
Milner's remark came as Liverpool looked set to claim all three points against Brighton on Saturday. However, the Reds were denied full three points as Andy Robertson appeared to catch Brighton forward Danny Welbeck inside the box when he attempted a clearance, Goal.com reported.
The referee checked the footage and subsequently awarded Brighton a penalty. Pascal Gross then converted to ensure the sides shared the points in a 1-1 draw.
With this result, Liverpool returned to the top of Premier League 2020-21 standings with 21 points from 10 matches.
Chelsea and Tottenham will be in action later today, and if the latter wins, they will return to the top of Premier League standings. (ANI)