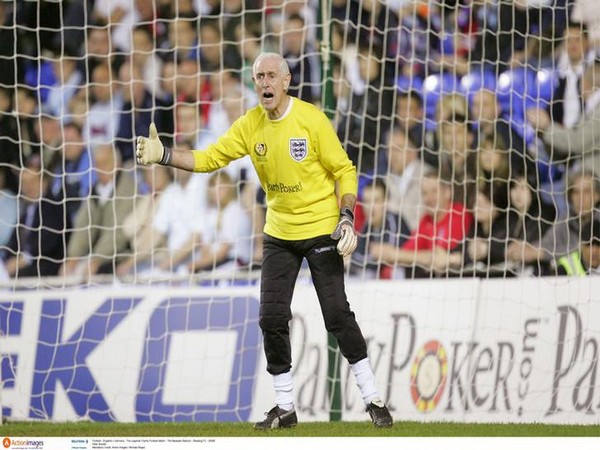 London [UK], April 12 (ANI): The Football Association (FA) on Sunday condoled the demise of former England and Chelsea goalkeeper Peter Bonetti, who died at the age of 78 after a prolonged illness.
Bonetti won seven caps for the Three Lions across a four-year period and was part of our World Cup-winning squad of 1966, said the FA.
Born in Putney, Bonetti began his playing days in the youth team of Worthing - where his family had relocated in his youth - before he joined Reading, where he was spotted by Chelsea.
He made his professional debut in 1960 to begin a 19-year association with the Blues, making more than 700 appearances either side of a short spell in America with the St Louis Stars.
Nicknamed 'the cat', Bonetti made his international debut in July 1966 - weeks before the start of that year's World Cup finals - in a 2-0 win over Denmark in Copenhagen, making him the 846th man to represent England at senior level.
Then aged 24, Bonetti was included in Sir Alf Ramsey's squad for the tournament as back-up to Gordon Banks and Ron Springett. He was an unused substitute throughout the finals as the Three Lions won their first-ever World Cup title.
Bonetti left Chelsea in 1979 to end a spell with the club in which he won the FA Cup, the League Cup, the UEFA Cup Winners' Cup and two promotions from the second division. He later came out of retirement twice, for brief spells with Dundee United and - as a 45-year-old - non-league Woking.
FA Chairman Greg Clarke said: "I am very saddened to hear that Peter Bonetti has passed away. Part of our 1966 World Cup-winning squad, he was not only a wonderful goalkeeper but also a hugely popular figure in the English game."
"Of course, he served Chelsea to distinction over many years, and as a young boy, I can remember watching his superb performance in their 1965 League Cup win against Leicester City. My thoughts are with his family and friends today," he added. (ANI)