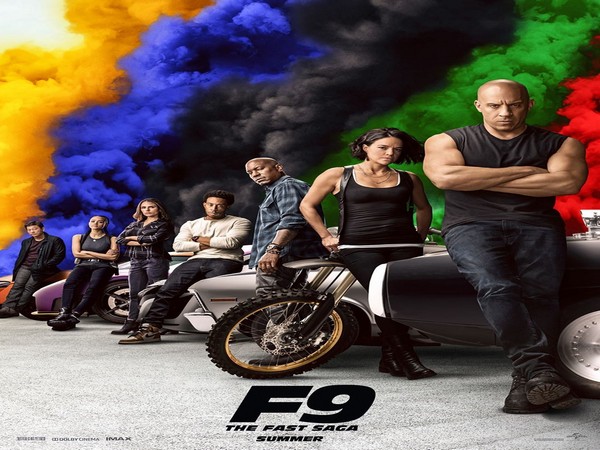 New Delhi [India], Mar 12 (ANI): Fast and Furious fans have to wait a little longer as "F9," the ninth instalment in the Fast & Furious franchise has been delayed by almost a year due to concerns over the global coronavirus outbreak.
The film that was set to be released on May 22, and will now hit the theatres on April 2, 2021.
F9 broke the news to their Fast fans through social media. 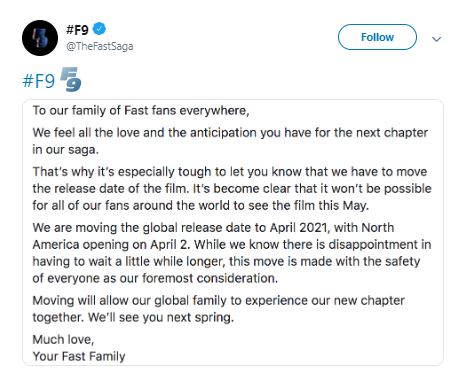 It is the third Hollywood film to push its release date due to the pandemic, previously James Bond's 'No Time To Die' and John Krasinski's 'A Quiet Place Part II' have both delayed their release date. (ANI)

MSP for Khariff crops to be announced on October 1: Andhra CM

Woman returns from Oman with help of Indian govt, says was harassed by employers