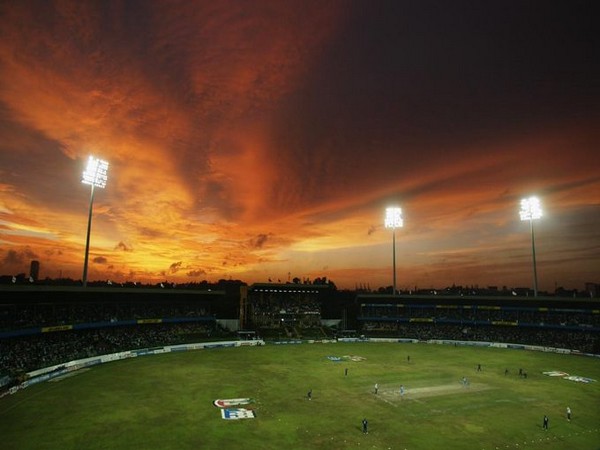 By Baidurjo Bhose
Dubai [UAE], October 10 (ANI): Having overcome quite a few hurdles, the Lanka Premier League (LPL) is finally scheduled to be played at five different venues across the Island Nation from November 21 to December 13.
Seeing the light of day after hitting a dead-end after just two seasons, the league is set to bring cricket back in the country which has seen the coronavirus pandemic affecting normalcy just like other countries across the globe.
With Sri Lanka Cricket (SLC) awarding the rights for the league to Dubai-based Innovative Production Group (IPG), the group will oversee the handing of franchise ownership rights, global broadcasting and media rights, on-ground sponsorship, and event production rights.
Speaking to ANI for the first time after winning the rights, IPG CEO Anil Mohan said that not only are they looking to organise a world-class league, but also have their eyes on the Board of Control for Cricket in India (BCCI) to allow participation of a few recently retired players as that will further enhance the level of competition.
"I can't divulge details but, yes there are a few recently retired Indian players we are expecting to see in action subject to BCCI clearance. The excitement for LPL, both among fans and also the media is quite palpable. Not only Sri Lanka, the entire sub-continent and its neighbouring countries, Bangladesh, Pakistan, Afghanistan and the UAE, are looking forward to the LPL with a lot of expectations.
"Due to the immense potential it holds, both for the game and business opportunities, it was enough to start the conversation among the people, though most of it was way off the mark. But those are things of the past, the tournament is all set to kick-off from November 21 and the players draft is slated for October 19," he said.
Asked what made IPG take up the opportunity that comes with promoting the league, Mohan said: "After IPG conquered the world of sport production it's a natural next step to start owning league rights and what better opportunity than to own the Lanka Premier League. Sri Lankan market shares the same mindset as India where cricket runs in the bloodline.
"IPG has shared a long history by producing most of the cricket in the Island with Sri Lanka Cricket and it's an amazing board to work with, and therefore the decision to build a stronger bond with the board by picking up the LPL rights."
The love for cricket in the Island Nation is well documented, but will it be the same post the coronavirus impact? Mohan is positive that it will be a breath of fresh air for the people who will get to watch top stars in action on the cricket pitch.
"Over 90 per cent of global sport halted as a result of the Covid-19 pandemic. People now are hungry for any live sport they can get. Though matches are played in empty stadiums, there has been a huge spike in viewership numbers both in television and digital medium. Sports fans too are exploring new avenues to beat the virus. The proof of this is the opening match of the IPL this season. It has been reported that 20 crore people tuned in which makes it the most-watched opening day in any sporting league ever.
"Sri Lanka too had have been devoid of any sporting events during this period, so what better way than to embrace the new normal with the most loved sports in the country. I have no doubt that LPL will get a very positive response from the fans," he said.
Some of the stars who are expected to be seen in action during this edition of the LPL are Chris Gayle, David Miller, Carlos Brathwaite, Sunil Narine, Andre Russel, Faf du Plessis, Darren Sammy, Lendl Simmons, and Hashim Amla among others. Getting some Indian guys to come in would be the cherry on the cake for the promoters. (ANI)