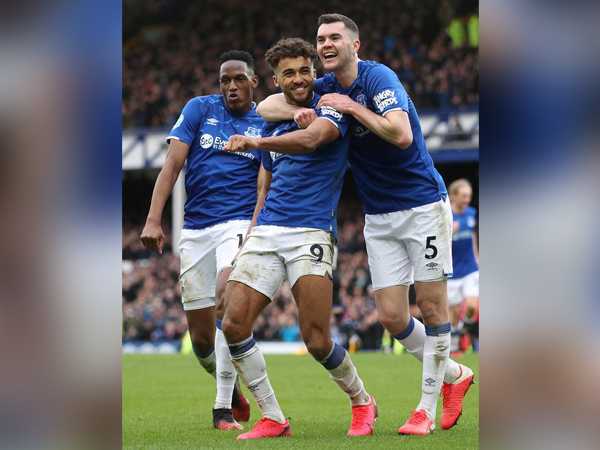 Liverpool [UK], Feb 8 (ANI): Everton on Saturday defeated Crystal Palace 3-1 at Goodison Park in the ongoing Premier League match.
Crystal Palace enjoyed most of the possession in the game but Everton drew the first blood as Bernard scored in the 18th minute of the match.
The host went for the interval with a lead of 1-0.
In the second half, Crystal Palace bounced back as Christian Benteke equalized for the side in the 51st minute of the match.
Richarlison in the 58th minute netted through Dominic Calvert-Lewin's flick, giving a lead to the host.
Crystal Palace made a desperate attempt to score the equalizer but the host defence was up to it denying any opportunity to the visitors.
In the end moments of the game, Calvert-Lewin scored for the team extending its lead to 3-1. No further goals were scored in the match and the scoreline remained the same.
With this victory, Everton has 36 points and is currently placed at the seventh spot in the premier league. Crystal Palace is on the 14th place with 30 points.
Everton will lock horns with Arsenal on February 23 and Crystal Palace will next take on Newcastle on February 22 in Premier League. (ANI)