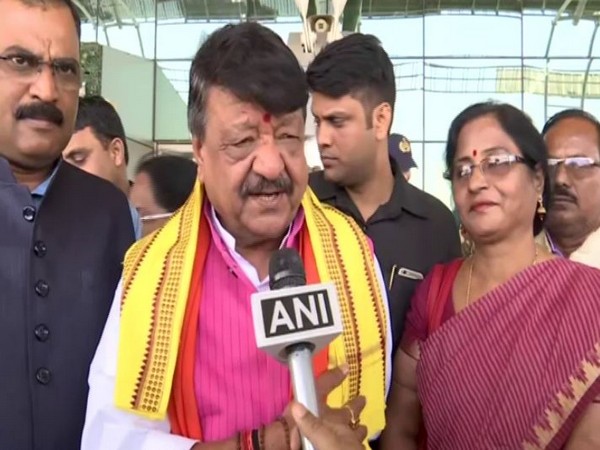 Indore (Madhya Pradesh) [India], June 23 (ANI): On the death anniversary of Dr Syama Prasad Mukherjee, BJP General Secretary Kailash Vijayvargiya attacked West Bengal government saying, the former should have been remembered today in Bengal but unfortunately it did not happen.
Kailash Vijayvargiya garlanded the statue of Syama Prasad Mukherjee, in Indore today.
"Syama Prasad Mukherjee should be remembered in Bengal today but unfortunately he is not being remembered there. Today Bengal is safe because of him. Punjab is also safe today only because of him," said Vijayvargiya.
"On this day, he died in Jammu and Kashmir's jail under suspicious circumstances, which is the subject of investigation," he added.
Speaking about the COVID-19 situation in West Bengal, Vijayvargiya said, "Coronavirus situation is very bad in Bengal as CM Mamata Banerjee took it very lightly. People are going to UP for treatment, today Banerjee has called an all-party meeting."
Mukherjee (1901-1953) was a politician, barrister and academician, who was the founder of Bharatiya Jana Sangh, which went on the become BJP.
Earlier today, Prime Minister Modi and senior BJP leaders, including Defence Minister Rajnath Singh and BJP national President JP Nadda, also paid tributes to Mukherjee. (ANI)