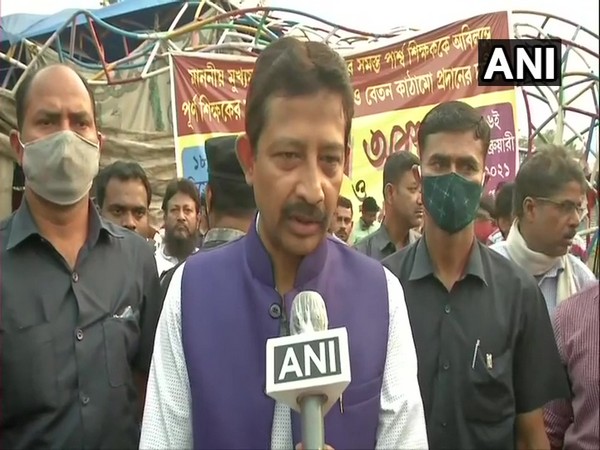 Kolkata (West Bengal) [India], February 13 (ANI): Newly-inducted Bharatiya Janata Party (BJP) leader and former minister in Mamata Banerjee-led West Bengal Government, Rajib Banerjee on Saturday said former railway minister Dinesh Trivedi who resigned as Trinamool Congress (TMC) MP from the Rajya Sabha yesterday is likely to join the BJP.
"People who want to do something for the betterment of Bengal cannot continue in the TMC. I believe the same thing happened with Dinesh Trivedi what had happened with me. I have heard from some sources that he is going to join the BJP," Rajib told ANI.
On the issue of betrayal with the TMC, Rajib said, "In a democratic system, everybody has the liberty to chose a party. What had Mamata Banerjee done earlier? She also left the party (Congress) that had given her ticket to the Parliament and made a union minister."
Meanwhile, Dinesh Trivedi on Saturday applauded the BJP-led Central Government saying the country is under the best leadership.
"Let me just settle down. I have been unshackled. I am very grateful to BJP and its senior leaders. I was told by the media that they have said I am welcome (in the party). It is a privilege. Today we have the best leadership at the Centre. The world is recognising them," Trivedi told ANI when asked if he is joining BJP.
Dinesh Trivedi on Friday announced his resignation on the floor of the Rajya Sabha citing the reason that he was unable to do anything over the violence in West Bengal.
"I am resigning from Rajya Sabha today. There is violence happening in my state. We cannot speak anything here," he said.
Elections for 294 Assembly seats in West Bengal are likely to take place in April-May this year. (ANI)