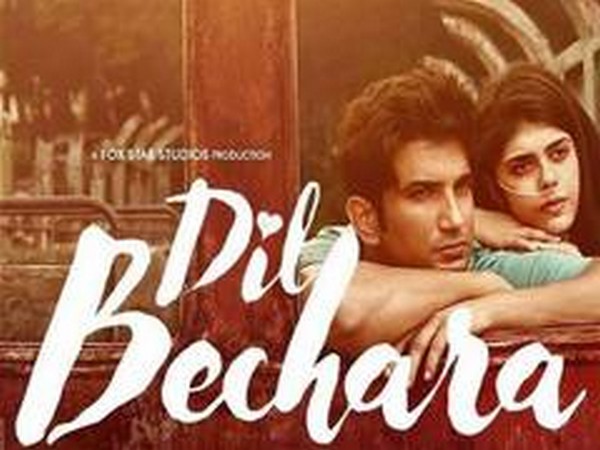 New Delhi [India], July 7 (ANI): The trailer of Sushant Singh Rajput's last film - 'Dil Bechara' - surpassed the record of superhero film 'Avengers: Endgame' to become the most liked trailer on YouTube in 24 hours.
The trailer of the film is all set to break more records as it has raked in over 24 million views and has been liked over 5 million times within just 24 hours of being released.
The record of highest likes on a trailer on YouTube within a day was held earlier by 'Avengers Endgame.'
The trailer of the film has received positive response from the viewers and many Bollywood celebrities, who have lauded it and Rajput's performance in it.
The film, adapted from John Green's book 'The Fault In Our Stars', sees Rajput and Sanjana Sanghi living their love story while Sanjana battles cancer.
Directed by Mukesh Chhabra and bankrolled by Fox Star Studios the film is set to release on Disney Plus Hotstar on July 24. (ANI)

One thought on “‘Dil Bechara’ becomes most liked trailer ever in 24-hours, beats ‘Avengers: Endgame’”