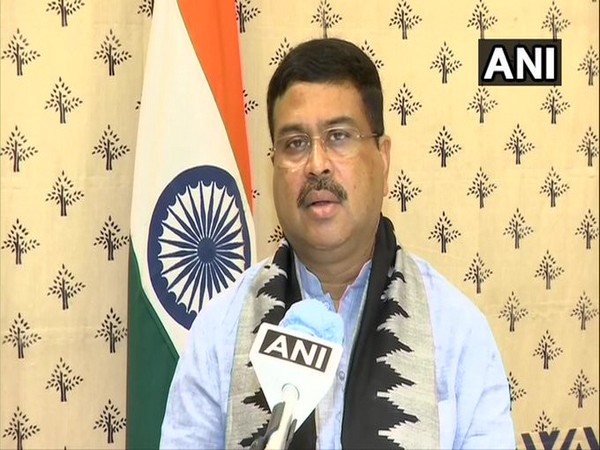 By Aashique Hussain
New Delhi [India], June 29 (ANI): Union Minister Dharmendra Pradhan on Monday slammed Congress chief Sonia Gandhi over her accusing the Centre of 'extorting money from people' and seeking an immediate rollback of fuel price hike.
"Sonia Gandhi has recently given a statement in which she said that the Centre is filling the coffers. Gandhi is probably forgetting that Congress-ruled states like Rajasthan, Punjab, Maharashtra, Jharkhand, and even Puducherry have also put a burden on the public by increasing Rs 5 tax (on fuel) as tax," Pradhan told ANI here.
"In our country, when resources are needed for development, health, the government does so (increases tax). The money which Centre collected through these channels is sent to state governments. PM Garib Kalyan Yojana was started. Foodgrains were given to the needy, money was sent to the bank accounts of farmers, through these means. It was not used to fill any coffers, Modiji's plans do not include filling coffers but distributing the money," he added.
The Petroleum and Natural Gas Minister said that in the last three months (during the COVID-19 phase) till June 20 "42 crore people were paid Rs 65,454 crore in their bank accounts, without the involvement of any intermediaries."
"Modiji does DBT in the bank account of the poor, but you (Sonia Gandhi) sent it to your son-in-law's account, in Rajiv Gandhi Foundation. Your culture is to loot the treasure, Modiji's plan is to spend it on the poor, needy and middle class. We do not have to hide anything, we spent the money cautiously in the times of Corona crisis. It is due to this that India's handling of corona crisis is being appreciated," Pradhan said.
He further offered an explanation to the increase in fuel prices in the country and said that the prices will stabilise in the coming days.
"World economy as well as Indian economy is going through a challenging time. Due to COVID-19 pandemic, energy industry is going through a tough time. Demand for petrol went down by 70-80 per cent in April-May months in the country which directly impacted economy," he said.
"Now the demand is picking up again. No one can predict oil prices, but we've estimated that as prices in international markets stabilise, prices in India will also stabilise," he added. (ANI)

Is it practically possible to conduct University level exams during such times? Your Opinion Matters