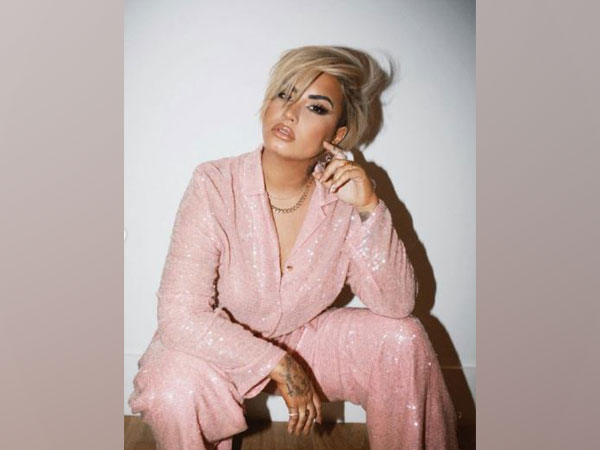 Washington [US], January 7 (ANI): After violent protestors stormed the United States Capitol on Wednesday (local time), American singer and songwriter Demi Lovato expressed her frustration online and announced that she is recording 'something special' regarding the events of the traumatic day.
According to E! News, the 'Skyscraper' singer took to her Twitter handle and commented on the day's harrowing events. She wrote, "My heart is broken. It makes me sad to believe how naive I was to think this couldn't possibly happen, and yet it did. Here we are," while retweeting a message from the Black Lives Matter movement's official account.
Lovato further added, "For everyone in my comments saying 'where's d7' or wanting me to sing instead of speaking up about what needs to change in this country..."
As per E! News, the 28-year-old singer announced that she is recording some type of commentary on the events of this traumatic day. She did not specify if the music had been written prior to the unrest at the Capitol, nor did she give any further details about what to expect from it, but the posts led her name to start trending on Twitter.
She continued, "THIS IS WHY I POST AS MUCH AS I DO, THIS IS WHY I CARE. THIS CANNOT HAPPEN ANY F--KING MORE. I'm angry, embarrassed and ashamed. I'm in the studio working on something special after today's assault on democracy. #impeachtrumptonight."
Lovato who is known for her opinionated views on different platforms had recently called out social media influencers on her Instagram Story who are vacationing amid the ongoing COVID-19 pandemic. (ANI)