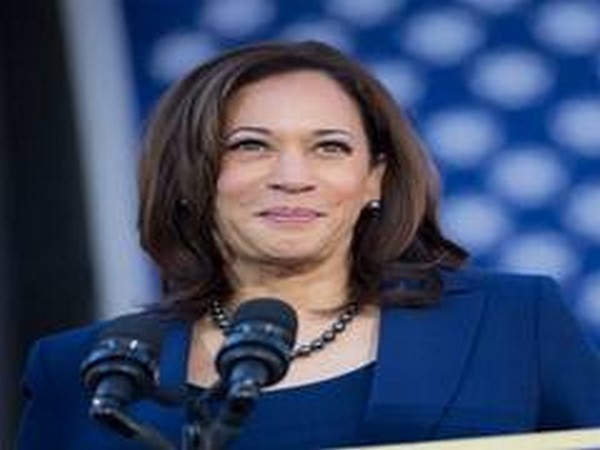 Washington D.C. [US], August 28 (ANI/Sputnik): Democratic vice presidential nominee Kamala Harris in a speech on Thursday defended the ongoing nationwide protests against racial injustice and slammed President Donald Trump on his response to the novel coronavirus disease (COVID-19) pandemic in the United States.
Racially-charged protests were refueled on Sunday after a viral video showed African American Jacob Blake being shot in the back seven times by a police officer.
"People are rightfully angry and exhausted," Harris said in her rebuttal speech to the Republican National Convention (RNC). "After the murders of Breonna [Taylor] and George [Floyd] and Ahmaud [Arbery]and so many others, it's no wonder people are taking to the streets, and I support them. We must always defend peaceful protests and peaceful protesters."
Harris further said that peaceful protesters must not be confused with looters and rioters, including the 17-year-old shooter arrested and charged with murder.
"We will not let these vigilantes and extremists derail the path to justice," Harris said.
Harris said she and Joe Biden talked to Blake's family on Wednesday and discussed the need to heal the country.
In addition, Harris also said Trump has failed to protect the American people with his handling of the COVID-19 pandemic.
Harris said Trump had a "reckless disregard" towards the pandemic and that his incompetence has become deadly, citing the 180,000 US COVID-19 deaths and the more than 5.8 million cases that have been reported in the country.
The final night of the semi-virtual RNC will begin Wednesday night at 8:30 pm EST (0030 GMT on Thursday). Trump will deliver his nomination acceptance speech from the south lawn of the White House. (ANI/Sputnik)