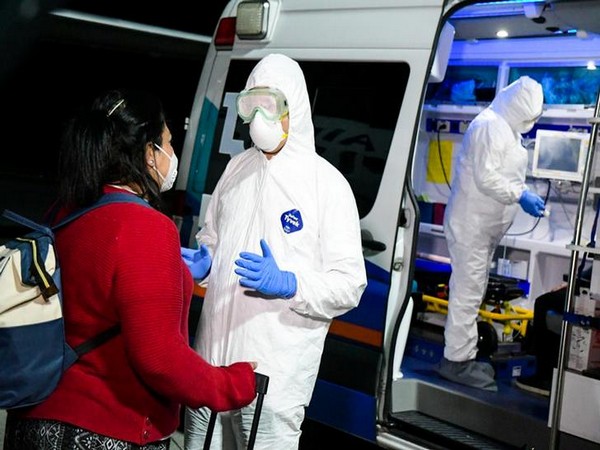 Hubei [China], Feb 6 (ANI): The death toll from the coronavirus outbreak in China reached 562 on Thursday, as 70 more died in the Hubei province, reported CNN citing Chinese authorities.
The confirmed figure of people affected with coronavirus in China is around 27,378.
Two casualties have also been reported outside mainland China -- one in Hong Kong and one in the Philippines.
The virus was diagnosed first in December in Wuhan, the capital of Hubei province and has spread to most parts of the world.
According to Chinese foreign ministry, a total of 21 countries have donated epidemic prevention and control supplies to Beijing.
While no reliable treatment currently exists for the virus, a very skewed number of health organisations has had some positive results with a mixture of HIV and other antiviral medicines.
Health authorities around the world are taking action to prevent a global pandemic as the virus continues to spread, with cases reported in Australia, France, the United States and seven Asian countries besides China.
The US, Australia, and Singapore have temporarily shut their doors to non-citizens who have recently traveled to China. Vietnam has also barred all flights to and from China. (ANI)