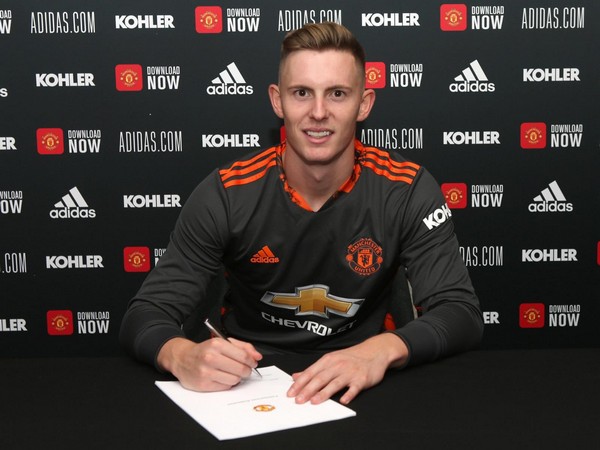 Manchester [UK], September 3 (ANI): After signing a new five-year deal with Manchester United, goalkeeper Dean Henderson is aiming to find a spot in Ole Gunnar Solskjaer's side in the upcoming season following a successful on-loan stint with Sheffield United.
Henderson kept 13 clean sheets in the Premier League last season, the joint-third highest in the division, and was nominated for the Premier League Young Player of the Season award.
The 23-year-old will have a tough fight, against the Red Devils first-choice goalkeeper David De Gea, for the spot in the starting eleven.
"The aim is for me to play football next season and I don't want to be not playing after last season. Coming off a good season with momentum, it wouldn't be clever for me to sit around and not play football. I don't think that would help any parties at all," Goal.com quoted Henderson as saying.
"David de Gea has obviously been a great goalkeeper first and foremost for many years and he's been phenomenal. That's something I aspire to be, to have a career like him at the club so I'll be going back in first day of the pre-season working my socks off to get in that starting line-up," he added.
Henderson went on a series of five loans over five years, picking up valuable minutes as he's developed into a full senior international.
"You can get many things from training, and obviously learn off someone like David and the other goalkeepers and goalkeeper coaches, but I don't think there's any substitute for game time," he said.
"I went out from Man Utd five years ago. I started at Stockport, Grimsby, Shrewsbury and then Sheffield, which shows how much I've learned out on my own," Henderson said. (ANI)