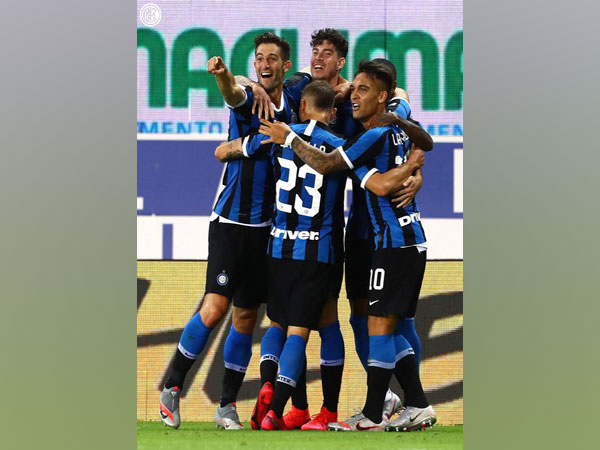 Parma [Italy], June 29 (ANI): Inter Milan's Assistant Manager Cristian Stellini is satisfied with the club's victory against Parma saying that it was a "deserved win".
"I think it's a deserved win, because other than the space we allowed Parma, who are a very dangerous side on the break, we managed the game well, creating plenty of chances to score ourselves," the club's official website quoted Stellini as saying.
"It's not easy to have all our players at 100% right now, two of our three defenders tonight hadn't played for months. We showed an important response. We expected it from the lads and they didn't disappoint," he added.
Inter Milan secured a 2-1 win over Parma on Monday in the ongoing Serie A. Gervinho scored the opening goal of the match in the first half to put Parma ahead.
However, Stefan de Vrij scored an equaliser in the 84th minute and three minutes later, Alessandro Bastoni scored a goal to hand Inter Milan a victory.
Inter Milan are currently on the third position with 61 points, only behind Juventus and Lazio.
Stellini said that matches like these are won by waiting until the 'right moment' and capitalising on them.
"We still need to grow into the new aspects of our way of playing, but right now we're having a lot of opportunities to cause issues in the opposition penalty area. It wasn't easy tonight, but we reacted and controlled the game and the victory is deserved. These kinds of matches are won by knowing to wait for the right moment," he said. (ANI)