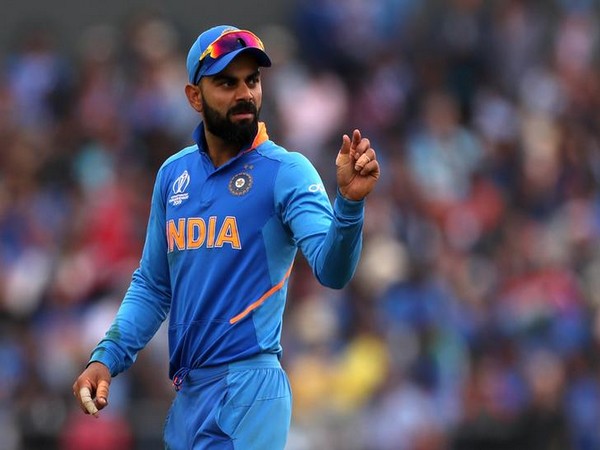 New Delhi [India], August 5 (ANI): Indian skipper Virat Kohli and his teammates extended their thoughts and prayers to the people of Lebanon after a powerful explosion in the port of Beirut claimed 78 lives and injured more than 4,000 people.
"The death toll from the blast increased to 78, more than 4,000 were injured," Al Jazeera television channel reported citing the Lebanese Health Ministry.
Taking to Twitter Kohli wrote, "Heartbreaking and shocking. My thoughts and prayers are with the people of Lebanon."

India's opening batsman Mayank Agarwal also expressed his condolences to the people affected by the explosion.
"My thoughts and prayers are with the people who have been effected by the massive explosion in Lebanon. #ThoughtsWithLebanon," Agarwal tweeted.

"Loss of life is always tragic. My deepest condolences. Praying for the people of Lebanon," India all-rounder Ravindra Jadeja tweeted.

Taking to Twitter Indian Football Team wrote, "Our thoughts and prayers are with the people of Beirut, Lebanon during this time of tragedy."

A powerful explosion occurred in the port area of Beirut on Tuesday evening. The city governor said half of the city's buildings were damaged, and hospitals were overcrowded due to a large number of those injured.
The head of the country's general security service, Gen Abbas Ibrahim, said that in line with preliminary data, explosives that had been stored in the port for a long time detonated. (ANI)