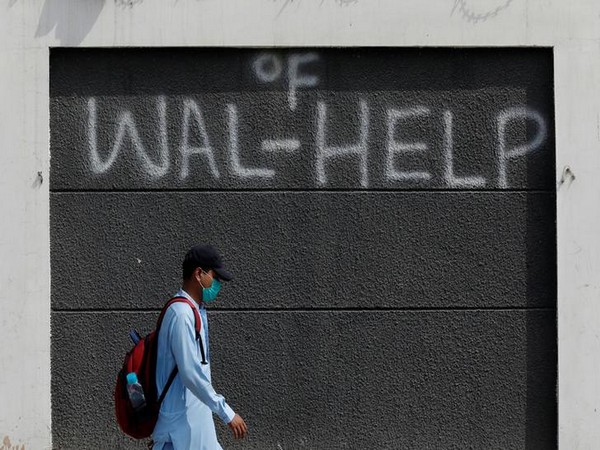 Mirpur [PoK], Mar 21 (ANI): Residents in Mirpur and other parts of Pakistan-occupied Kashmir (PoK) have opposed Islamabad's deliberate attempt to set up quarantine centres for coronavirus positive patients in the region.
It has been revealed that people in Mirpur are protesting and keeping a tight vigil to not allow any quarantine centre for Covid-19 patients from other parts of Pakistan.
Iftikhar, who hails from Mirpur in PoK and now lives in Oman, said that a very critical situation has emerged in PoK ever since Covid-19 broke out in the region.
"The situation in Mirpur district is getting worse. The Chief Secretary, who is sitting in Muzaffarabad, was planning to bring affected people from Multan, Dera Ghazi Khan, Jhelum, Peshawar and other areas of Pakistan to come and settle in Mirpur," Iftikhar said.
As the news regarding the quarantine centres spread in PoK, the residents here have started protesting in Mirpur and blocking the Mangla Bridge. They are demanding that no one from Pakistan should be allowed to come to PoK.
"If you want to set up quarantine centres then build it in Gujar Khan or Rawalpindi. But why do you want to bring the affected people to this region? Only 16 patients out of 163 were Kashmiris. This is a deliberate attempt by Pakistan to bring them all in PoK," Iftikhar said.
There have been four Covid-19 deaths in Pakistan and the number of confirmed Coronavirus positive cases has gone up to 501. Sindh is the worst-hit province with 252 cases.
Reports regarding the lack of adequate health screening procedures and squalid living conditions within the quarantine camps at the Taftan border crossing with Iran have further raised concerns for the surge in the number of infections, much to the angst and agony of the people, some of whom have also taken to streets to protest against the government's failure.
"With instructions from the Chief Secretary, the authorities have also occupied some plazas and buildings in the region to convert them into quarantine centres. But people are continuously protesting against the move," Iftikhar said.
"People are alert here and will not allow any Pakistani citizen to come to this place. This is an attempt to marginalise the Kashmiris in the wake of the coronavirus outbreak. They should keep the positive cases of infection in their own areas," he added.
Pakistan's intelligence agencies are pressuring the locals to not interfere in the work. (ANI)