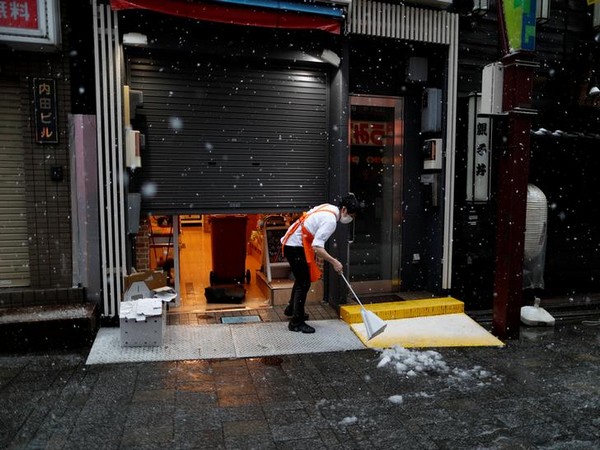 Washington D.C. [USA], Mar 31 (ANI): East Asia and the Pacific could see up to 11 million people driven into poverty, with low wage and informal sector workers becoming the most vulnerable, the World Bank has warned in a report on the economic impact as experts predict dire economic fallout in the wake of the coronavirus pandemic.
The World Bank, in an analysis, titled "East Asia and Pacific in the Time of Covid-19" focuses on developing countries and is based on country-level data as of March 27, calculated two different scenarios for the region - a "baseline" referring to severe growth slowdown followed by a strong recovery, and a "lower-case" or a deeper contraction followed by a sluggish recovery, The Strait Times reported.
It estimates that under the baseline growth scenario, nearly 24 million fewer people will escape poverty across the region in 2020 than would have been the case in the absence of the pandemic, using a poverty line of US$5.50 a day.
And if the economic situation deteriorated further, and the lower-case scenario prevailed, then prior projections estimating nearly 35 million people would escape poverty in East Asia and Pacific in 2020, including over 25 million in China alone.
"A region that's been growing at steady 6 per cent overall could see, even in our baseline scenario, as much as 4 percentage points cut off the growth rate," Aaditya Mattoo, the World Bank's Chief Economist for East Asia and the Pacific, told journalists in a conference call.
"And in a lower-case scenario, you could see contraction for the first time in decades, and as many as 11 million people could be driven into poverty," he said.
"And even if you see growth, thousands of tourism workers in Thailand, garment workers in Cambodia could be pushed below the poverty line,"
"The worst suffering could be for informal workers, people who are...invisible and very hard to go identify, find, and help," he added.
One key policy recommendation from the World Bank is that countries should take an integrated view of containment and macroeconomic policy, rather than see them as separate instruments for separate goals, Mattoo said.
"Today the priority is containment, but to reach that you can rely not just on social isolation and shutdown, but fiscal measures, like sick pay and health spending, could help attain that goal more effectively," he stressed.
"This is an exceptional shock. It needs an exceptional response, in terms of bold national action, deeper international cooperation, and high levels of external assistance," the economist added.
According to the report, China's growth is projected to decline to 2.3 per cent in the baseline and 0.1 per cent in the lower-case scenario in 2020, from 6.1 per cent in 2019.
The growth rate in the rest of the developing countries in the South Asia region is projected to slow down to 1.3 per cent in the baseline and to negative 2.8 in the lower-case scenario in 2020, from an estimated 4.7 per cent in 2019. (ANI)