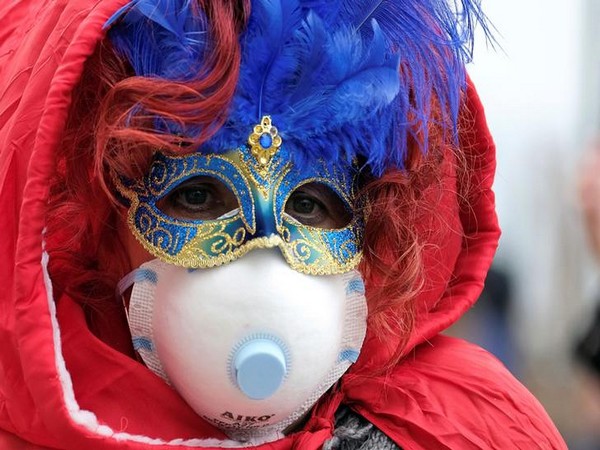 Venice [Italy], Feb 24 (ANI): The annual Venice Carnival was on Sunday cancelled two days earlier than scheduled due to the coronavirus outbreak in northern Italy.
This comes even as the country reported the third death from the deadly infection on Sunday, reported Deutsche Welle.
The health chief of the Lombardy region, Giulio Gallera said the victim was an elderly woman from a town of east Milan, who was also suffering from cancer.
"She had been hospitalized for a few days. She'd been tested and they already knew she had the coronavirus," Gallera added.
Earlier, two deaths in the country were reported, a 78-old man, who had been hospitalized in the northeastern region of Veneto and a woman in the northern Lombardy region.
According to Gallera, the total number of confirmed cases of coronavirus infection in Lombardy has reached 112, bringing the total number of cases across the country to over 150.
Cases of the novel coronavirus have been confirmed in five Italian regions namely, Lombardy, Veneto, Emilia-Romagna, Friuli-Venezia Giulia and Piedmont, reported Sputnik.
The authorities of Lombardy and Veneto have decided to ban all public events, including cultural and sports ones. (ANI)