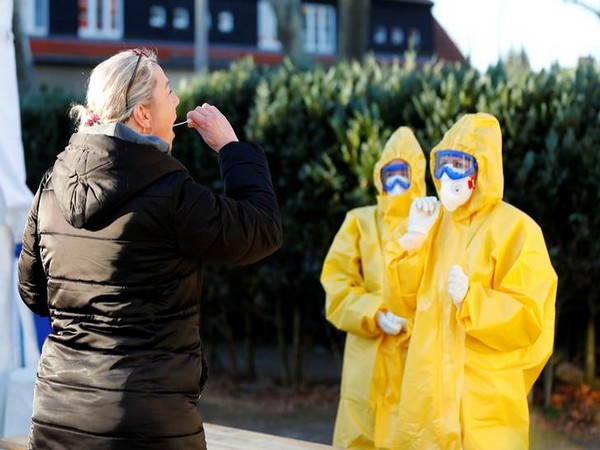 Beijing [China], Mar 23 (Sputnik/ANI): The number of confirmed coronavirus cases in Germany has climbed by over 4,000 over the past 24 hours to 22,672, the Robert Koch Institute said on Monday. The death toll in the country reached 86.
On Sunday, the German public health institute reported about a total of 18,610 cases and 55 fatalities. German news magazine Fokus, meanwhile, said later the same day that the number of cases had surpassed 25,000, and nearly 100 people had died.
The Robert Koch Institute, which is in charge of the official count, earlier said that it was aware of such discrepancies, noting that time was needed to bring together official data from across the country.
According to the official data, the largest numbers of cases were recorded in North Rhine-Westphalia (5,615), Bavaria (4,892) and Baden-Wurttemberg (3,811). Berlin accounts for 1,077 cases.
The World Health Organization declared the COVID-19 outbreak a pandemic on March 11. As of Sunday, the number of global COVID-19 cases surpassed 294,000, with more than 12,900 fatalities, according to the health watchdog. (Sputnik/ANI)