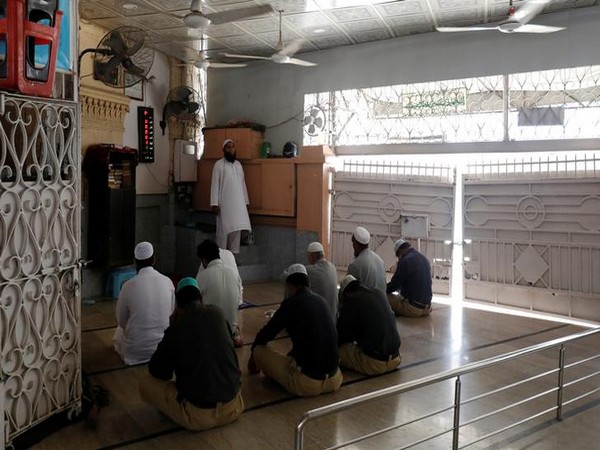 Islamabad [Pakistan], April 6 (ANI): The number of COVID-19 cases in Pakistan reached 3,278 on Monday as health authorities in the country scramble to contain the spread of the lethal disease by appealing to the public to remain inside their homes, after many of them were seen flouting government orders and roaming on the streets.
The health ministry, showing a break-up of the figures of each province, posted on its dedicated website and showed that Punjab registered a maximum of 1,493 cases, followed by Sindh with 881, and Khyber Pakhtunkhwa with 405, Geo News reported.
Balochistan reported 191 cases, Gilgit-Baltistan 210 cases, capital Islamabad 82 cases and 15 in Pakistan-occupied Kashmi, respectively.
So far, 50 people died due to the disease.
Despite reiterating emergency measures, there was little impact on the masses. In several cities, people were seen roaming out while security officials were trying to convince them to go back to their homes.
In many places, Islamic religious clerics were also seen addressing a gathering irrespective of the fact that religious congregation has been restricted by the government in view of the rapidly spreading contagion. (ANI)