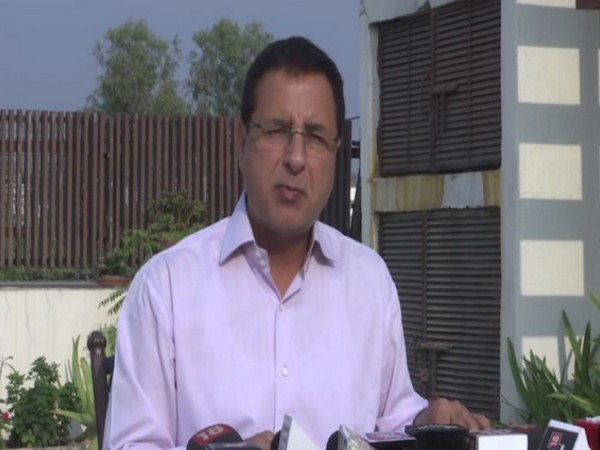 By Siddharth Sharma
New Delhi [India], January 12 (ANI): Congress party has raised serious questions over the selection of members of the four-member committee appointed by the Supreme Court to submit a report on the recently enacted central farm laws, arguing that they will not be able to do justice with farmers.
Countering the selection of the members of the committee, Congress general secretary Randeep Surjewala said while speaking to reporters, "Four members of the committee are already standing with Modi Ji. Who gave their names to the Supreme Court. How can there be justice in such a scenario? These facts were not kept before the court. These organisations have gone to the Supreme Court. How can a petitioner be made a member of the committee?"
Surjewala further said that the Apex court has done the job of showing a mirror to the government.
"The farmers are adamant on the demand to enter Delhi peacefully. The Honorable Court has done the job of showing a mirror to the government. The laws have been temporarily banned," he said.
"There are three pillars of democracy in our country - judiciary, executive and legislature. Legislating and abolishing the law is the work of the legislature. Whether those laws are wrong or right and are based on the Constitution, this is evaluated by the courts and the executive consisting of administrative staff are responsible for implementing the laws. The important thing is that these three bodies are independent," he added.
The members of the committee are - Bhupinder Singh Mann, Parmod Kumar Joshi, Director for South Asia, International Food Policy Research Institute, agricultural economist Ashok Gulati and President of Shetkeri Sangathan, Maharashtra, Anil Ghanwant.
Speaking on individual identities of the members, Surjewala said, "We studied the four-member committee. It is shocking. All the members have already decided that the law is correct. The committee has said that the farmers are misinformed."
"Ashok Gulati ji wrote that these three laws are the right path and the right thing. He also said that Opposition and farmers have gone astray," the Congress leader said.
"PK Joshi ji also wrote an article that the demand of the farmers is shocking and their thinking is not right. He opposed Minimum Support Price (MSP)," he added.
Speaking on another member Anil Ghanwant, Surjewala said," Ghanwant also stated that the only real freedom will be achieved through these laws."
"Bhupinder Singh Mann supported the agricultural laws on December 14 by submitting a memorandum to Narender Tomar ji to implement the law. Why did the Chief Justice of India (CJI) not investigate the history of these members? Who gave these names to the court?" he added.
Surjewala further said: "The committee is standing with Modi ji. The court needs to churn it. Our demand is clear that the laws should be abolished."
He further stated that PM Modi should talk with farmers on January 15. Farmers cannot get justice from this committee, he added.
On a question whether Congress will stop their protest after a committee has been formed, Surjewala said that Congress will continue to protest until the farm laws are repealed.
Farmers have been protesting at different borders of the national capital since November 26, 2020, against the three newly enacted farm laws - Farmers' Produce Trade and Commerce (Promotion and Facilitation) Act, 2020, the Farmers (Empowerment and Protection) Agreement on Price Assurance and Farm Services Act, 2020, and the Essential Commodities (Amendment) Act, 2020. (ANI)