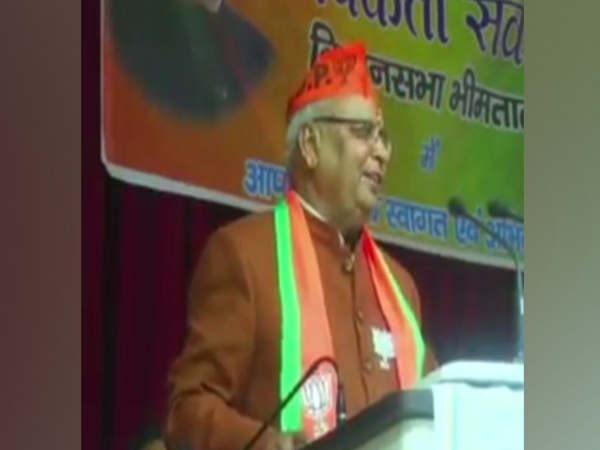 Dehradun (Uttarakhand) [India], January 6 (ANI): Responding to Leader of Opposition (LoP) in the Uttarakhand Legislative Assembly Indira Hridayesh's remarks that some BJP MLAs are in touch with her, the state Bharatiya Janata Party (BJP) chief Bansidhar Bhagat on Tuesday said that why would they get in touch with "an old lady'. The Congress party has demanded an apology from him for "derogatory remarks."
This comes two days after Hridayesh said that some BJP MLAs, who are not happy with the party, are in her touch.
While addressing an event organised by BJP, Bhagat said, "Our LoP is saying that several MLAs are in our touch...arre budhia, tujhse kyun sampark karengey? (Why would get into contact with an old lady?"
His comment evoked a burst of laughter from the BJP workers who were attending the event here.
Bhagat's comment invited sharp reaction from Congress. The Congress party took to Twitter and demanded that BJP national chief JP Nadda should ask Bhagat to apologise.
The part posted a video on their handle in which Hridayesh said, "Party chief of a state is a symbol of the party and represents the state. The derogatory words used for me by Bhagat has hurt me. I demand from BJP national chief Nadda to take cognisance and ask Bhagat to apologise." (ANI)