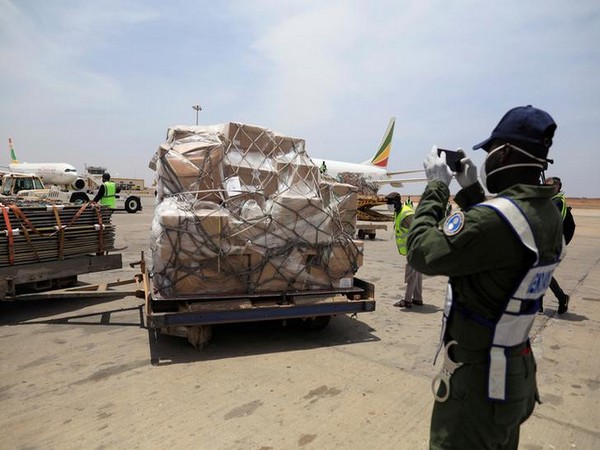 Sydney [Australia], Apr 1 (ANI): A Sydney-based former Chinese military officer, who has worked with the People's Liberation Army (PLA), is planning to export tonnes of medical equipment to Australia after the peak of the COVID-19 crisis in China seems to have subsided.
Kuang Yuanping, earlier, exported tonnes of Australian medical supplies to Wuhan at the height of the coronavirus epidemic there, people familiar with his plans told The Sydney Morning Herald.
They added that Kuang, this time, wanted to help Australia in containing the virus and assist China's soft power and political influence goals in this country through charitable activity.
The former PLA officer runs a number of Chinese Communist Party-backed organisations in Sydney and Melbourne. These organisations include some that are loosely backed by China's soft-power agency, the United Front Work Department, which is charged with building influence for the CCP overseas and countering its critics.
As new coronavirus cases in China slowed down, according to official statistics, Beijing is increasingly offering assistance to other countries battling the pandemic. China has offered aid to more than 80 countries and the World Health Organisation.
The newspaper further published reports divulging that Kuang had earlier coordinated two airlifts of medical supplies from Australia to Wuhan. The consignments included 35,000 sets of protective medical suits, 200,000 pairs of gloves and 10 tonnes of disinfectant.
The goods went to hospitals and medical centres in Wuhan and five other cities at the epicentre of the crisis.
A memo, dated February 16, stated that Kuang, via a community platform, also called for overseas Chinese in Australia to take action to contribute money and supplies to the mainland.
However, the involvement of Chinese government agencies in directing humanitarian or profit motivated activities in Australia has almost drawn Australian security agencies to scrutiny. (ANI)