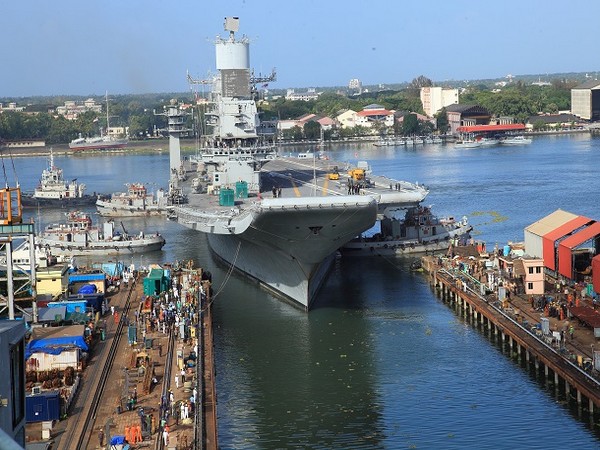 Kochi (Kerala) [India], February 23 (ANI): Cochin Shipyard Ltd (CSL) said on Tuesday it has been declared as the lowest bidder by Ministry of Defence for construction of six next-generation missile vessels to be used by Indian Navy.
The estimated total order value is about Rs 10,000 crore, it said in a brief statement.
"The final announcement of contract will be subject to satisfactory completion of necessary formalities in this regard which will be updated in due course," said CSL.
CSL has built and repaired some of the largest ships in India. It is presently building a prestigious indigenous aircraft carrier for Indian Navy.
Industry experts say that shipbuilding can contribute immensely to the vision of making India a five trillion dollar economy by 2024. (ANI)