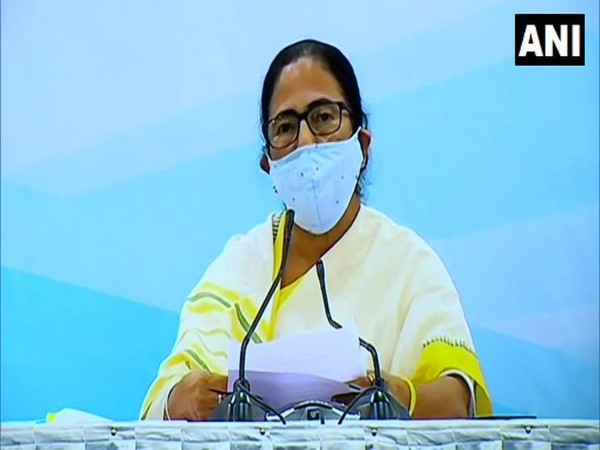 Nabanna (West Bengal) [India], November 12 (ANI): West Bengal Chief Minister Mamata Banerjee on Wednesday announced that students appearing for the Class X and Class XII exams will not be required to sit for their pre-final tests at the school level.
"Due to the ongoing COVID pandemic situation, the State Education Department has decided that students currently studying in classes 10th and 12th will not have their pre-final tests," she said.
West Bengal reported 3,872 new COVID-19 cases and 4,431 discharged cases, according to the State Health Department on Wednesday.
The total number of cases stands at 4,16,984 in the state including 32,836 active cases, 3,76,696 discharges and 7,452 deaths.
The Chief Minister also announced that three new police battalions in the state one for Rajbangshi community from north Bengal, Gorkha Battalion for people in the hills and Jangal Mahal Battalion for the people from south western part of the State, will be formed by January 31.
The chief minister also said that her government will recruit 16,500 teachers soon and that the recruitment process will begin from December and January through offline interviews. (ANI)