Skip to content
Home  »  Sports   »   Chose Archer to bowl super over because he can deliver under pressure: Eoin Morgan 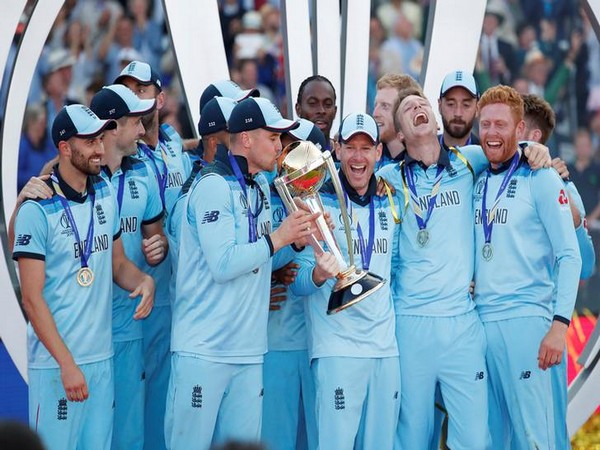 New Delhi [India], July 14 (ANI): England limited-overs skipper Eoin Morgan has said that he chose Jofra Archer to bowl the super over in the finals of the 2019 World Cup because the pacer has the knack of delivering under pressure.
Morgan was speaking at an ICC podcast titled 'CWC Rewind' with Ian Bishop and Nasser Hussain and it was then that the England skipper opened up about his selections for the super over of 2019 World Cup.
"I think the obvious answer to choosing Jofra to bowl the super over is that he is one of the best death bowlers in the world. Guys are exposed to perform under high-pressure situations and Jofra has proved at the IPL, Big Bash that he can deliver under pressure," Morgan said during the interaction.
"He had played only a dozen of ODI games at that stage, every challenge he had come under, he had thrived to perform in such situations," he added.
During the interaction, Morgan also explained as to why he named Jos Buttler and Ben Stokes to bat for England during the super over.
"The last couple of balls in the 50-over action, me and Trevor had discussed as to what we will do if the match goes to super over. The wicket was so hard to middle the ball for the batsmen, so we thought Jos Buttler and Ben Stokes were the best batsmen to send to the middle," Morgan said.
The Eoin Morgan-led side defeated New Zealand in the finals of the 2019 World Cup on the basis of the boundary-countback rule.
The normal 50-over action and super over ended in a tie, but England had scored more boundaries in the match and as a result, the side was declared as the winners of the tournament.
In the super over, both teams managed to score 15 runs each but England was announced as the winner as they had hit more boundaries in the World Cup final.
England had smashed more boundaries, 26, as compared to New Zealand's 17 boundaries in the match.
This was the second successive time that New Zealand finished as the runners-up in the World Cup. The Kiwis under the leadership of Brendon McCullum lost the final of the 2015 edition to Australia by seven wickets.
In the 2019 finals, New Zealand had won the toss and opted to bat first. The Kiwis posted a score of 241/8 in the allotted fifty overs.
Henry Nicholls top-scored for the Black Caps as he played a knock of 55 runs whereas Chris Woakes and Liam Plunkett scalped three wickets each for England.
Chasing a moderate target, England kept on losing wickets at regular intervals, and in the final over they needed 15 runs for the win.
England had the rub of the green going their way as Martin Guptill's throw went to the boundary, giving England four runs due to an over-throw. But New Zealand managed to keep their nerve and took the match into the super over. (ANI)