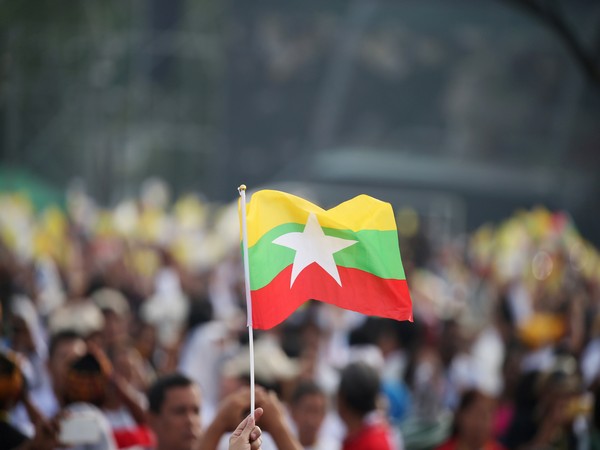 Nay Pyi Taw [Myanmar], September 3 (ANI): The presence of Chinese-run casinos in the centre of an armed conflict zone in Karen State is raising serious concerns for the peace process, suggests Aung Zaw in The Irrawaddy.
Aung Zaw said as the leaders of the Karen National Union (KNU) fled from their Manerplaw headquarters, the Karen armed movement splintered into several groups after the fall of Manerplaw.
"One of these, the Democratic Karen Buddhist Army (DKBA) led by Saw Chit Thu, decided to throw in its lot with the Myanmar military; in return he was given control of Kawmoora. In 2009 this process was completed as Saw Chit Thu's forces were transformed into a Border Guard Force (BGF) under the ultimate command of the Myanmar armed forces," Aung Zaw said in his commentary in The Irrawaddy.
According to Aung, Saw Chit Thu's aim in joining the BGF was to stabilise his group's relations with the military regime, then known as the State Peace and Development Council (SPDC). He and his officers calculated that it would be good for business, the commentary said.
"Such a transformation suited the Myanmar military just fine; a similar process had already occurred on the northern border with China, where notorious insurgent groups including the Wa and Kokang, having reached ceasefires with the junta in 1989, were granted total freedom and "autonomy" to open casinos and engage in drug trafficking and other illicit trades," the commentary said.
Over the past few years, Saw Chit Thu's longstanding dream of presiding over a business empire has been realised, the commentary read.
"Today, he is a millionaire warlord (and a gambler), ensconced in a large mansion he has built for himself in Shwe Kokko in Myawaddy Township, the site of a huge megaproject in which he has a key stake. He travels in bulletproof vehicles with armed bodyguards. And recently he has found some well-heeled new friends: Chinese "investors"," said Aung Zaw.
The project, the commentary said, has come in for criticism amid accusations of poor transparency, land grabs, confusion over the scale of construction and the steady inflow of Chinese money, not to mention concerns over illegal activities and concerns among local residents about the impacts that casinos will have on their communities.
According to the Brussels-based International Crisis Group (ICG), a project that is deeply resented by local people, and alarming to a major armed group, Shwe Kokko could trigger armed conflict and shatter the fragile truce between the different Karen armed groups.
The commentary said to protect the project, it is believed that Chinese investors and BGF will need more arms to equip its guards and soldiers, fuelling a spike in arms smuggling along the border.
The Myanmar government in June set up a tribunal, chaired by U Tin Myint, the deputy Union government office minister, to investigate the project.
"This week, the Chinese Embassy issued a statement saying China supports Myanmar's move to investigate irregularities surrounding the project," wrote Aung Zaw in his commentary.
"But the Chinese government's long silence on the project, until this week, not only raised suspicions, but also tarnished the image of existing BRI projects in Myanmar."
Stressing that the Shwe Kokko "China Town" project has brought a new power dynamic to Karen State, where several armed groups are active and the KNU is still split into two groups, the commentary said the megaproject has altered the power equation among the Karen groups and therefore potentially poses a serious threat to Karen State's already fragile peace process.
"The government and military are supposed to safeguard the national interest and the nation's sovereignty. But so far, the hard evidence leads us to conclude that the Shwe Kokko project amounts to nothing less than a violation of Myanmar's sovereignty," it said. (ANI)