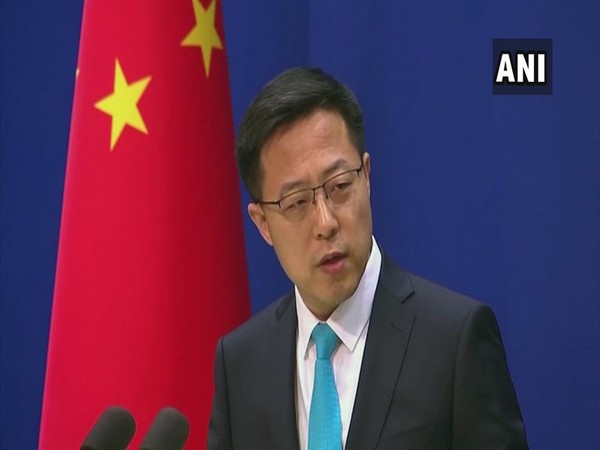 Beijing [China], June 4 (ANI): China on Wednesday said that its territorial claims in the South China Sea is legitimate and were established throughout a long course of history which is in line with the international law including the United Nations Charter.
"China's territorial sovereignty and maritime rights and interests in the South China Sea have been formed in a long historical process and claimed by all Chinese administrations, which are also in line with UN Charter & UNCLOS. Accusations of China's lawful claims are groundless," Foreign Ministry Spokesperson Zhao Lijian said in a press conference.
This remark came after US Secretary of State Michael Pompeo tweeted on June 2 that the US has sent a letter to the UN Secretary-General to protest China's "unlawful South China Sea maritime claims".
Pompeo wrote: "We reject these claims as unlawful and dangerous. The Member States must unite to uphold international law and freedom of the seas."
China and the US have been at loggerheads since the start of a pandemic on several issues pertaining to the information sharing on COVID-19.
Reaffirming China's stand, Zhao Lijian has said, "China has never delayed releasing coronavirus information. China's timeline on COVID-19 information sharing is clear and open to the world. It can stand the test of time."
Meanwhile, the United States on Wednesday said it will block Chinese airlines from flying into or out of the US starting on June 16, The New York Times reported.
This comes after the Chinese government prevented US airlines from resuming service between the two countries.
A US Transportation Department order said that "Chinese aviation authorities have failed to permit US air carriers to" operate the routes they previously used.
"The department will continue to engage our Chinese counterparts so both US and Chinese carriers can fully exercise their bilateral rights," the department said in a statement. (ANI)