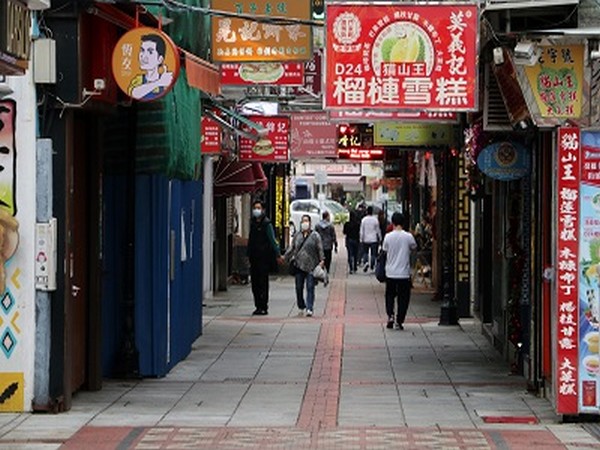 Beijing [China], Aug 5 (ANI): Fresh clusters of COVID-19 cases coupled with massive flooding may impede China's recovery from the pandemic as consumption and construction are likely to be hit, reports South China Morning Post.
China avoided a recession after its economy grew by 3.2 per cent in the second quarter of 2020, the first major economy to show a recovery from the damage caused by the coronavirus after its gross domestic production (GDP) shrank by 6.8 per cent in the first three months of the year.
But consumption, which was badly affected by COVID-19, remains a fragile spot for China after retail sales -- a key measurement of consumption -- fell by 1.8 per cent in June, although this was better than the 2.8 per cent decline in May.
"Consumption remains weak. Retail sales are stabilising, but even in June, remained below the levels recorded at the same time in 2019," the daily quoted S&P Global Ratings Asia-Pacific chief economist Shaun Roache as saying.
"Export growth stays patchy given the stuttering recovery in the rest of the world," he added.
Some of the heaviest rainfall on the record might hamper China's recovery, bringing in its challenging flood season, which is set to disrupt manufacturing and construction, a key driver for China's growth in the last quarter.
"Small companies continue to face pressure on both supply and demand," said Zhao Qinghe, senior statistician at the National Bureau of Statistics (NBS) when announcing China's official purchasing managers' indices (PMI) on Friday.
"Some enterprises ... reported that flood-related disasters caused disruptions to logistics and transportation, along with problems like flooding in plants, equipment and inventory."
It is estimated by the Chinese government that the economic costs of the floods, which have so far affected 27 of China's provincial-level jurisdictions, is likely to hit 144.43 billion yuan (US$20.6 billion).
"This year's flood disaster has seriously affected production and living conditions in some regions," said NBS spokeswoman Liu Aihua while commenting on China's second-quarter economic recovery earlier this month, while adding that food prices have already gone up as a result.
China's official manufacturing PMI was 51.1 for July, with a reading above 50 signifying growth in factory output, while the non-manufacturing PMI was 54.2, with both surveys reporting positive outlooks for five consecutive months.
According to the analysts, weak demands and reimposed lockdown measures in some regions of China due to resurgence of coronavirus cases are also set to add more pressure to consumption.
"The floods have wreaked havoc in many places. But I think that, at the macroeconomic level, the damage is not large enough to really affect the growth of the national economy. Also, there could be some impact on food prices, but that is likely to be transitory and modest," said Louis Kuijs, head of Asia economics at Oxford Economics.
"I think the new COVID-19 cases could potentially have a larger impact, macroeconomically, since an outbreak in one place could affect people's behaviour nationwide, in terms of making people more reluctant to go out and engage normally."

Fixed-asset investment in July may drop slightly to around 4 per cent to 4.5 per cent from 5.3 per cent, driven by the falling investment in infrastructure and real estate as a result of the heavy rainfall, said Huatai Securities in a report last week.
In another setback this week, China reported the highest number of new coronavirus infections in over three-and-a-half months with the majority coming from the western region of Xinjiang.
Meanwhile, at least nine Chinese cities have also reported cases linked to Dalian, the port city in the northeastern province of Liaoning where a new cluster emerged within the last week.
(ANI)